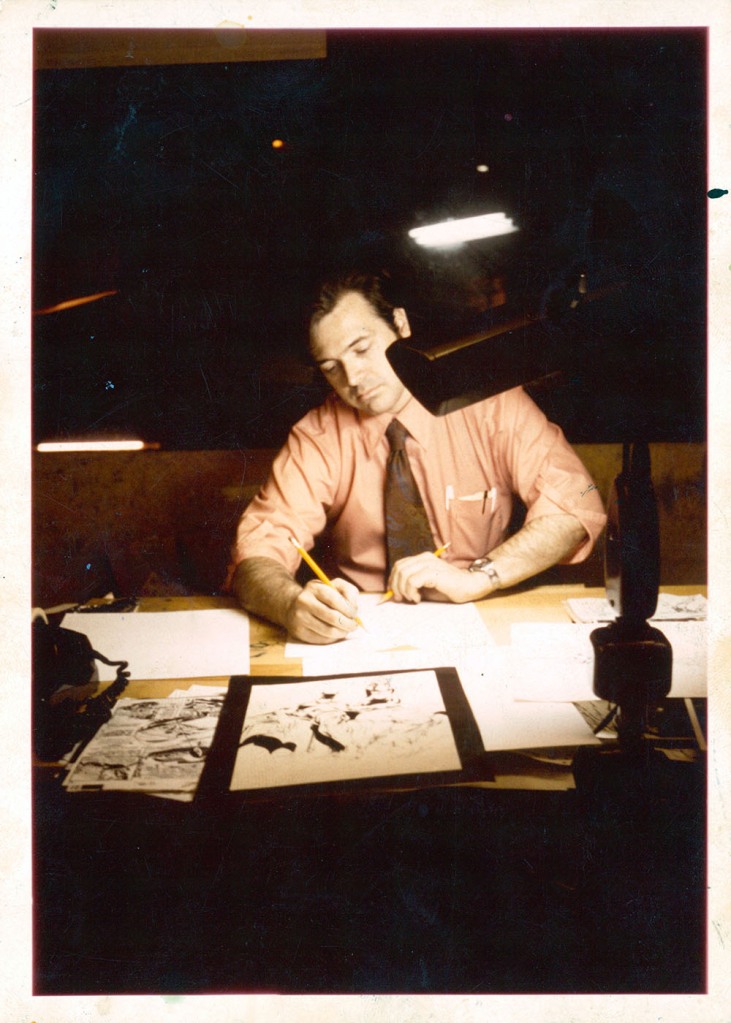 The Hollywood Reporter broke the news today that legendary Batman comic book artist Neal Adams has died from complications from sepsis. He was 80 years old.

It was during this Silver Age of Comics, where the medium was pushing artistic boundaries and finding financial success, that Adams’ career began to take off. In 1969, Adams began freelancing for both DC and Marvel, where he drew the X-Men and the popular Kree-Skrull War storyline of the Avengers series. After collaborating with writer Dennis O’Neil on an “X-Men” run, where they brought Professor X back to life.

Following the work of the campy Adam West Batman series, Neal Adams and O’Neil jolted the comic book world in the 1960’s and 1970’s with a new sense of realism and menace in the Batman saga. His take on a darker, broodier Batman has continued to the present day.

“It was no secret that we were doing Batman right. We want it to be more realistic, more gritty. And that’s how we remember — whether it was true or not — that Batman should be. And when we did it, everybody went, ‘Ah, that’s it. We don’t need comedy anymore.’”

Adams was inducted into the Will Eisner Comic Book Hall of Fame, one of the highest honors in the comic book industry, in 1998. A year later, he was ushered into the Harvey Awards’ Jack Kirby Hall of Fame, and he was honored in the Inkwell Awards Joe Sinnott Hall of Fame in 2019.

Adams was an influential champion of comic creators’ rights and helped modernize the industry’s practices of returning original work to the artists. In 1978, he co-founded the Comic Creators Guild. In 1987, he won a legal battle with Marvel that returned artwork to him and legendary artist Jack Kirby, and he helped lobby for Superman creators Joe Shuster and Jerry Siegel to receive overdue compensation from DC.