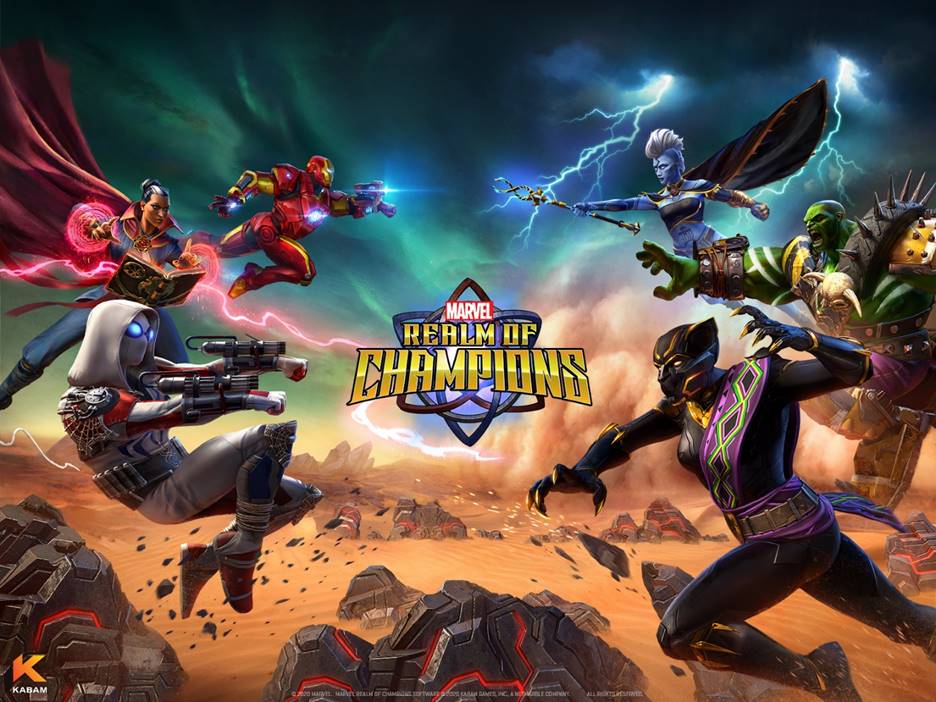 Kabam has pre-registration for their real-time mobile multiplayer RPG MARVEL Realm of Champions. You can go to Google Play or MarvelRealmofChampions.com to register and sign up for an exclusive pre-registration gift.

In the Marvel Realm of Champions game (a follow-up to Marvel Contest of Champions), players can create their own versions of Marvel Superheroes through a character customization function. Add upgraded gear and weapons are available too. Players will be able to choose from 6 playable Champions – Iron Legionnaire, Web Warrior, Black Panther, Hulk, Storm, Sorcerer Supreme.

MARVEL Realm of Champions is a new take on the Marvel Universe that transports players to Battleworld, a forbidden planet forged from many realities, where its uneasy peace is disrupted by the death of Maestro, the God-King. After selecting and fully customizing their Champion with the best gear for the situation, players can team up with other players for epic multiplayer skirmishes in unique Marvel-inspired battle areas and brawl in real-time 3v3 team battles for glory, triumph, and honor. The battles are themed around the Secret Wars event from 1984.

Players can now pre-register for MARVEL Realm of Champions via the game’s website and Google Play. At launch, pre-registered users will receive Iron Legionnaire and Hulk gear, along with 100 Units and 300 Gold to help them get started.