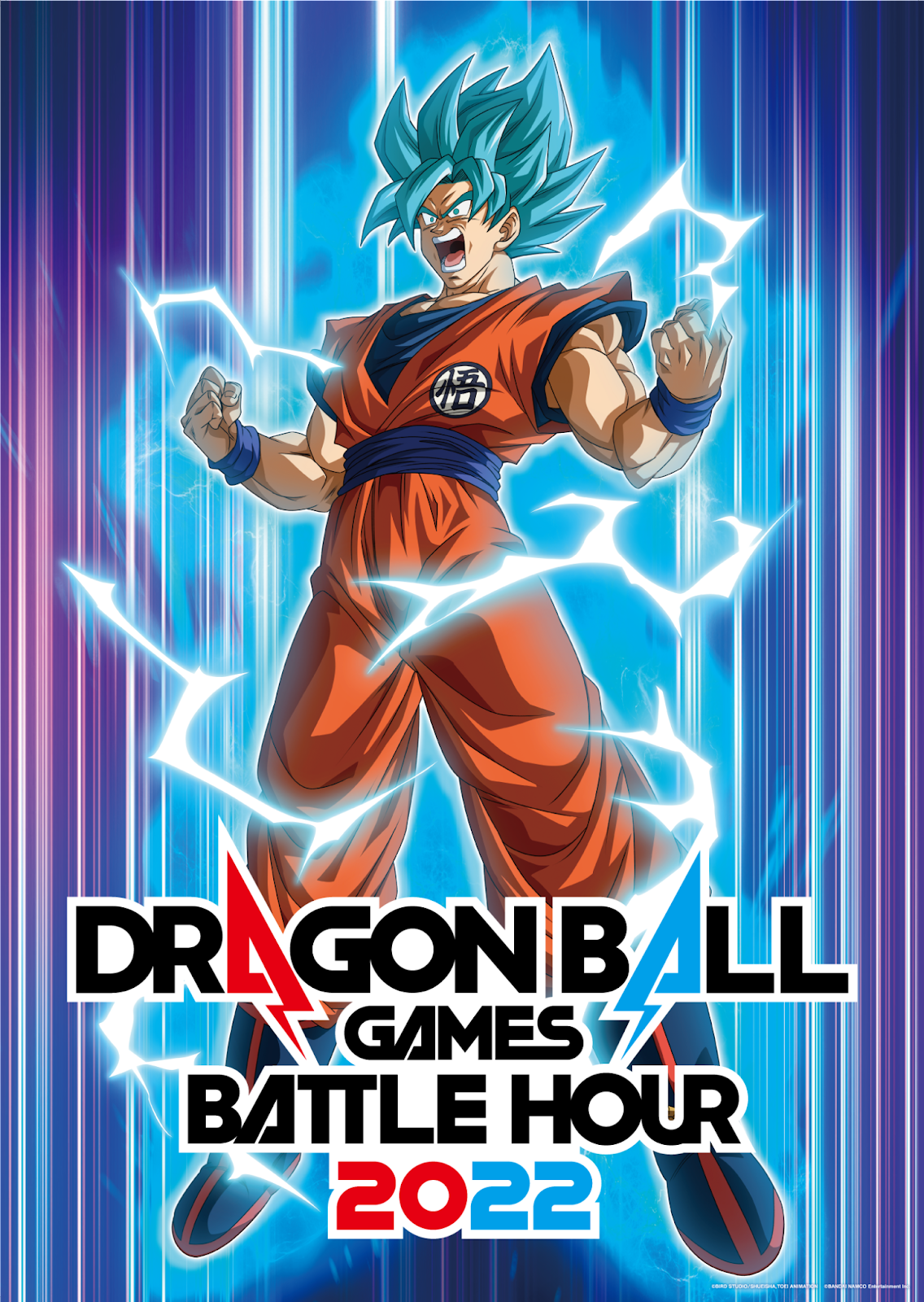 After a successful inaugural event that was held in February 2021, this year’s DRAGON BALL Games Battle Hour will be packed with even more news on the best the DRAGON BALL franchise has to offer, including manga, animation, videogames, and action figures.

During the event, there will be several competitions and show matches taking place. For DRAGON BALL FighterZ, the “World Championship” will be held to determine the world’s No. 1 player among the winners of the “Regional Finals,” a tournament featuring the top ranked players from Europe, Japan, and North America. For DRAGON BALL SUPER CARD GAME, there will be a dream match-up between the winner of the “World Championship 2021” and the winner from last year’s DRAGON BALL Games Battle Hour.

There will also be additional activities in the event’s “Online Arena” for participants to enjoy. A multiple-choice quiz tournament based on DRAGON BALL Z DOKKAN BATTLE and DRAGON BALL LEGENDS hosted by their development teams. A “DBXV2 Super Fashion Show” will see the top 16 fashion leaders in DRAGON BALL XENOVERSE 2 showcasing their work.

Along with these events, fans can look for more information on several DRAGON BALL projects. There will be the latest information on DRAGON BALL SUPER: SUPER HERO, the upcoming movie from Akira Toriyama. DRAGON BALL: THE BREAKERS will also be part of the event with the game producer playing and elaborating on the recently announced title. “Dokkan DATA 2022” will be a program looking back at the seven years since the launch of DRAGON BALL Z DOKKAN BATTLE and sharing some data about how players have been playing the game and its history.

While there will be lots of new info and content on DRAGON BALL games and other products, that’s not all. “How to” photos will be made showing viewers how to take the best shots of their favorite S.H.Figuarts “Action Figures”. A master of Chinese cuisine will take the stage and recreate dishes form DRAGON BALL Z: KAKAROT in the special cooking program “KAKAROT COOKING”. Two sculptors will create figures of Goku and Vegeta in real time during the “DRAGON BALL Games Battle Hours MASTERPIECE FUSION”, and various characters from DRAGON BALL will be brought to life using various objects like balloons, Rubik’s Cube©, and Japanese-style lunch boxes in the “DRAGON BALL ART CHALLENGE”.