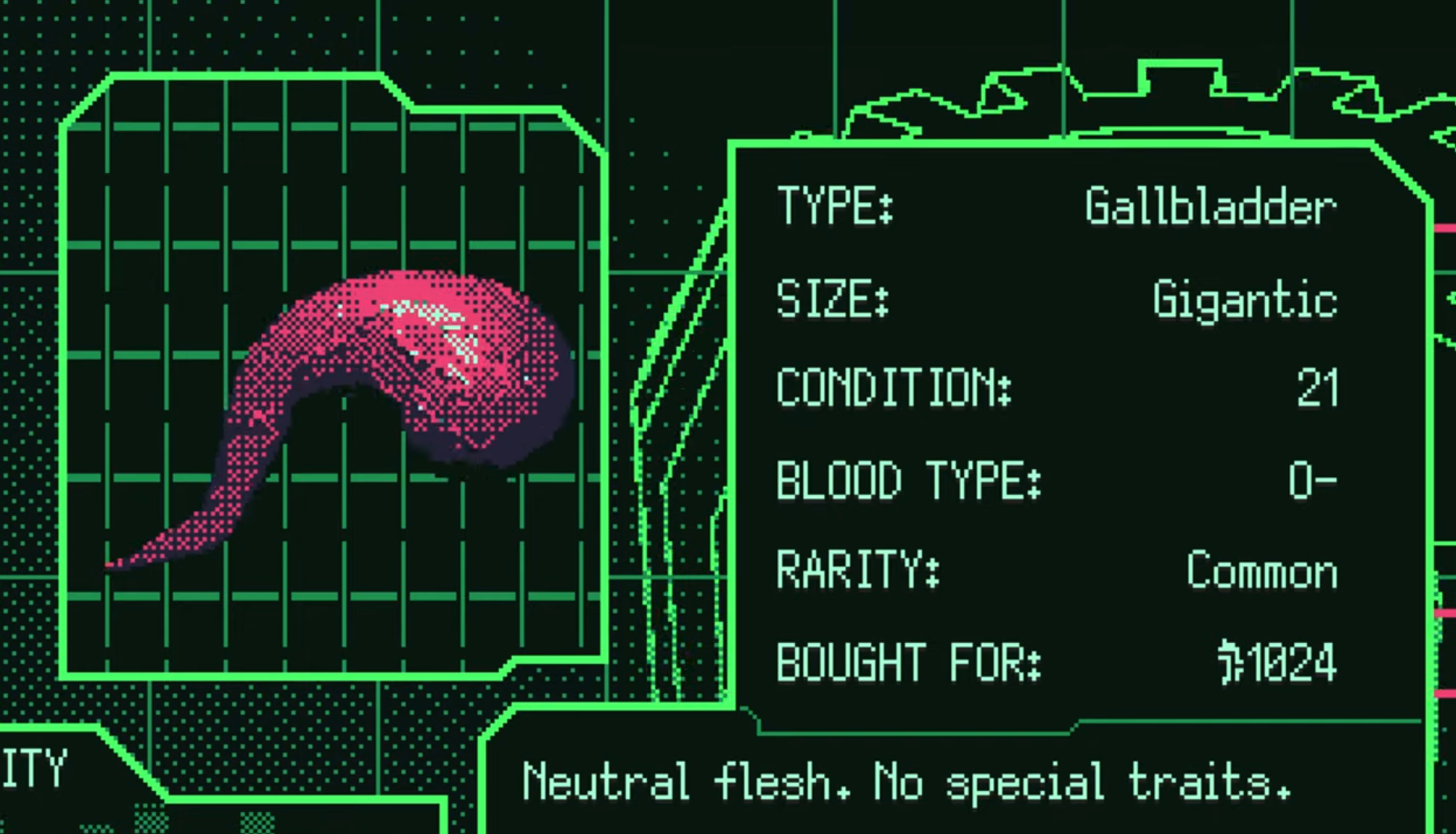 Strange Scaffold has announced that the sci-fi body-horror market tycoon game Space Warlord Organ Trading Simulator will launch on December 7th on Xbox One, Xbox Series X|S, Xbox Game Pass for PC, and Steam. Lest the game’s name leads you to think this is a joke, we’ll remind you that the studio behind the game also created the popular An Airport for Aliens Currently Run By Dogs, and the throwback third-person shooter El Paso, Elsewhere. These guys (aka Xalavier Nelson Jr.) know how to create cool games.

Space Warlord Organ Trading Simulator is an action-based economics game, challenging players to fulfil orders for clients, scour the market for the best deals, and keep the organs in their cargo bay from killing each other (huh?) while racing against the inevitable closure of the almighty market. Between trading days players can monitor market trends, sell organ stocks, investigate opposing Organ Traders, and upgrade their cargo hold in preparation for another day in the wet and juicy intergalactic organ-trading rat-race.

“The information is in the title. There are slickened, detached meat products derived from alien and human bodies, and you sure do buy and sell them. Occasionally, you trade these organs for dubious purposes, like ensuring a distant frog emperor never has to stop partying due to the batch of extra livers you just sent over. All material is handled tastefully, so if a stylized, pre-rendered heart beating against a green-gridded background is not an uncomfortable image, the rest of the game should not present cause for alarm.”

Check out the announcement trailer below (which is worth a watch for the music alone).