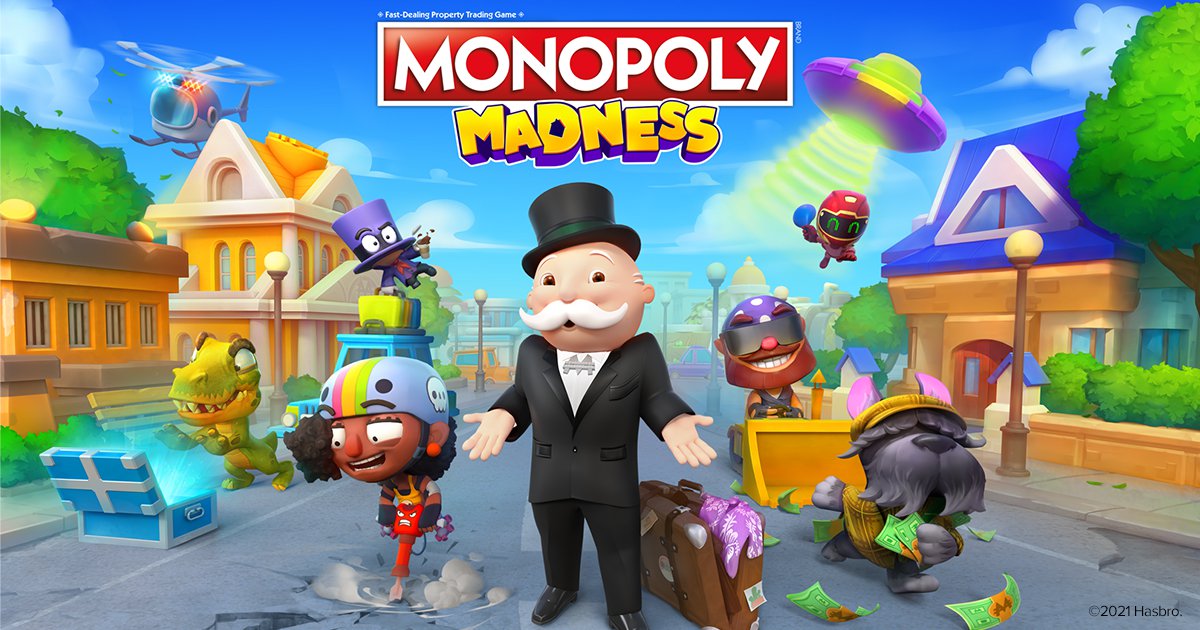 We’ve seen Monopoly video games before – but never one quite like this. In MONOPOLY Madness, players will compete to fill in for Mr. Monopoly while he is on a well earned vacation. They will face up to 5 other players in shorter rounds that are a frantic, real-time race for fame and fortune on the chaotic streets of MONOPOLY City without the boundaries of the board.

As with the board game, players collect money and other resources around the map in order to buy and upgrade their properties. The more properties players own, the more points they’ll earn, bringing them closer to the finish line in the race to riches! Along the way, players can also grab powers ups from Community Chests including bulldozers, jackhammers and more and use them against opponents to gain an advantage to win. However, players will need to watch out for random events that can happen at any time making the journey to become the wealthiest of them all even more chaotic!

Monopoly Madness includes four unique environments with their own unique ambiance and architecture, including the iconic City and its Night Life, Beach Town and Cozy Falls, each with several layouts and levels to mix things up. Plus, twenty new playable characters inspired by the classic MONOPOLY game tokens can be played.

Check out the official Monopoly Madness trailer below.

Monopoly Madness will launch on December 9 on Xbox Series X|S, Playstation® 4, Playstation® 5, Nintendo Switch, Stadia as well as Windows PC through the Ubisoft Store. Players can also subscribe to Ubisoft+ on PC and Stadia.