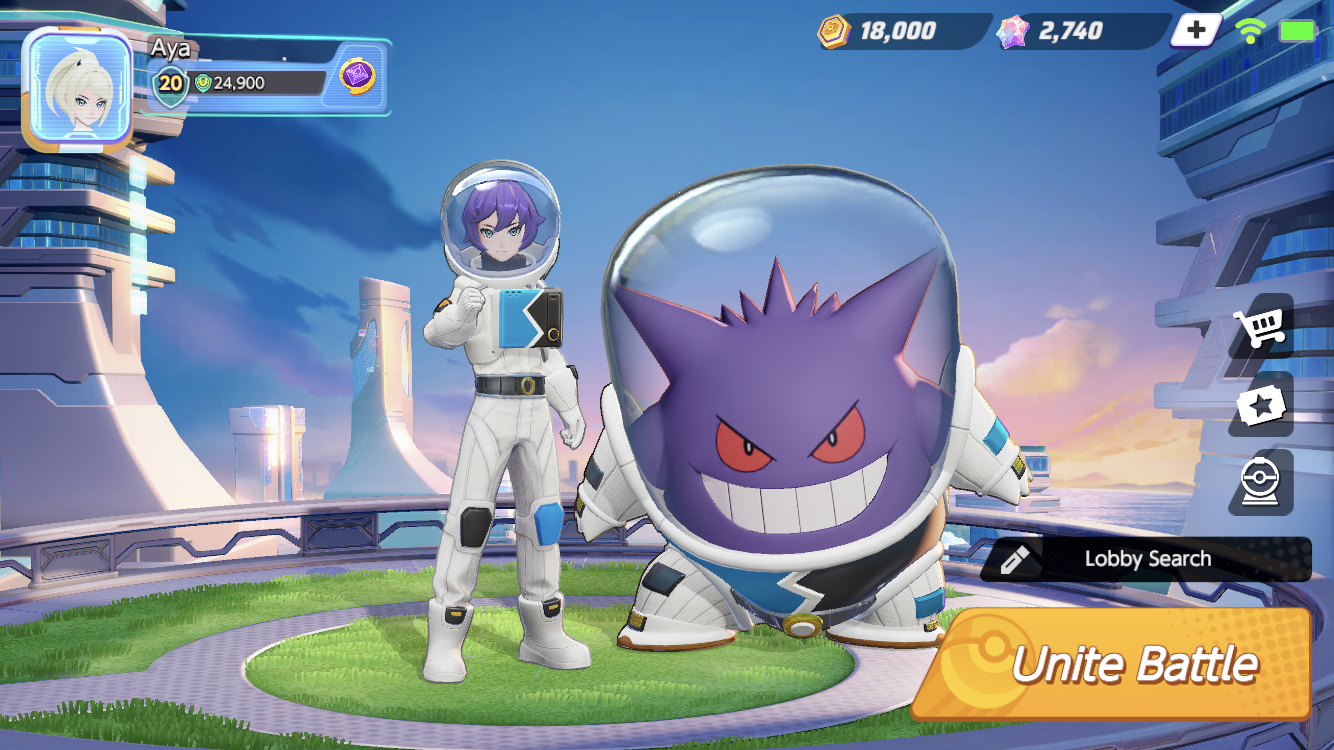 Pokemon’s first strategic battle game launches tomorrow. You can download the free-to-start game on the App Store and Google Play.

Trainers can also look forward to an all-new battle pass arriving soon. By linking with a Nintendo Account or Pokémon Trainer Club account, Trainers will be able to access the same Pokémon UNITE account on both Nintendo Switch™ and mobile devices.

Timed with Pokémon UNITE’s mobile release, a new battle pass, Galactic Ghost 094, will begin on Wednesday, September 22. In this new battle pass, space-themed items will make their debut. Players will complete in both daily and weekly missions to raise their battle pass level and receive rewards based on that level.

A new feature, Unite squads, will be added to both the Nintendo Switch and mobile versions of the game tomorrow, Wednesday, September 22. Trainers can create their own squads or search for already-existing squads to join and connect with other players. By choosing squad tags that others can search for, like-minded Trainers can find each other easily.