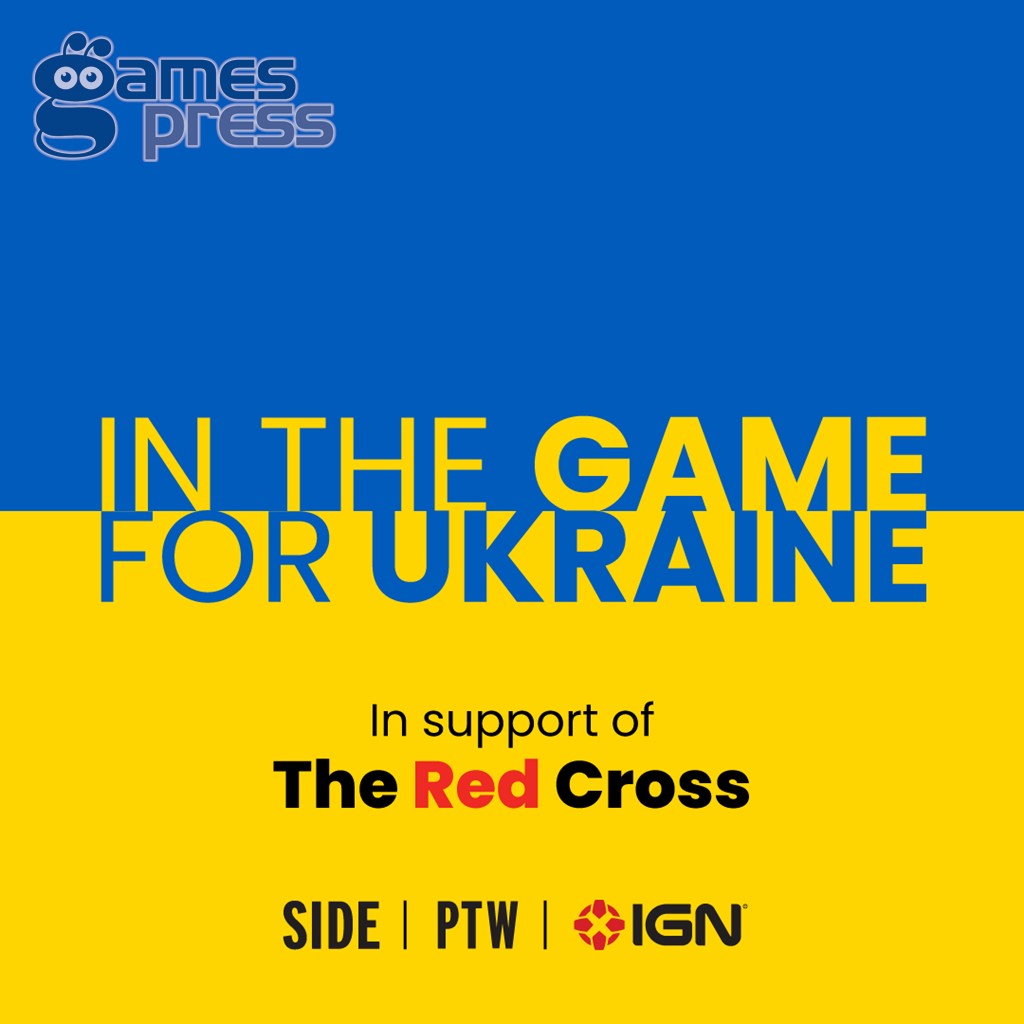 Some of the game industry’s biggest voice acting talent will join forces at SIDE London to fundraise for Ukraine during an upcoming livestream on Saturday May 7th, 2022, starting at 2pm BST. Titled “In the Game for Ukraine” the 6-hour livestream event will feature your favorite voice actors performing famous scenes from the games we love, all in aid of the Red Cross – Ukraine Crisis Appeal. The event will be livestreamed with IGN–one of game and entertainment’s biggest news outlets, and hosted by SIDE–the global provider of audio services for the game industry.

“Like so many, the SIDE team has been horrified by the humanitarian crisis resulting from the war in Ukraine. We want to raise funds to help the millions of people whose lives have been devastated in the past months, and who will be dealing with the effects for years to come. As part of the PTW family of brands, SIDE works every day with voice actors who bring life to the beloved characters in award-winning games. Our goal is to combine the global love of games and the talent in them, together in a powerful event to benefit Ukraine.”

During the 6-hour livestream event, audiences will be encouraged to donate to the Red Cross efforts in Ukraine. Livestreamed across IGN’s channels, voice actors will perform live readings in-studio of some of their most memorable performances. Beyond the London studio, voice actors from around the world will also contribute their performances for the stream.

Who will be performing? Some of the fantastic talent confirmed below:

The livestream will feature interviews, behind-the-scenes stories on what it takes to bring these unforgettable characters and games to life. All are invited to follow SIDE’s social media channels for updates on the event and links to the livestream.

From Fortnite’s to Humble Bundle’s recent Ukraine fundraisers, SIDE and IGN’s “In The Game for Ukraine” event is part of a growing list of events from the global game industry working together to raise funds for the crisis in Ukraine. Many game developers resided in Ukraine, and many popular games beloved by fans worldwide were made by Ukrainian developers. Prior to the war, there were over 400 game companies in Ukraine and more than 30,000 employees of those game companies.