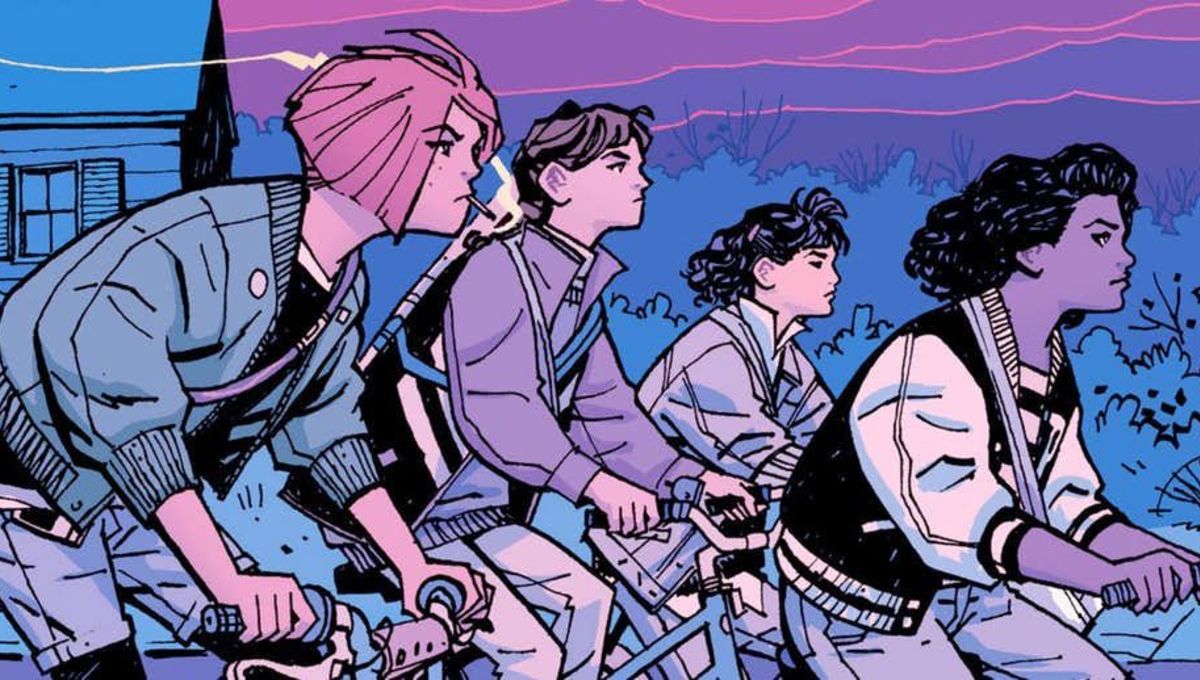 About the Paper Girls TV Series.

On July 11, 2019, Deadline reported that Amazon had given a series commitment to a television adaption of Paper Girls from studios Legendary Television and Plan B. Toy Story 4 co-writer Stephany Folsom is slated to pen the adaptation of the graphic novel. Executive producers will be series creator Vaughan, writer Folsom, and studio Plan B.

Previously slated as a writer, executive producer, and co-showrunner of the series, Stephany Folsom helped shepherd Paper Girls for two years, after Amazon landed the series back in 2019. Today it was announced that Folsom has left the series.

Folsom’s departure leaves Christopher C. Rogers as the sole showrunner for the series. He’ll also executive produce alongside his Halt and Catch Fire co-creator Cantwell, and creators Vaughn and Chiang.

So far the cast features Sofia Rosinsky (The Other Side of the Door) as Mac Coyle, Camryn Jones (Cherish the Day) as Tiffany Quilkin, Fina Strazza (Law and Order: SVU) as KJ Bradman, and Riley Lai Nelet (Altered Carbon) as Erin Tieng. Comedian and Always Be My Maybe star Ali Wong will also appear as the adult version of Erin, who she confronts in their travels.