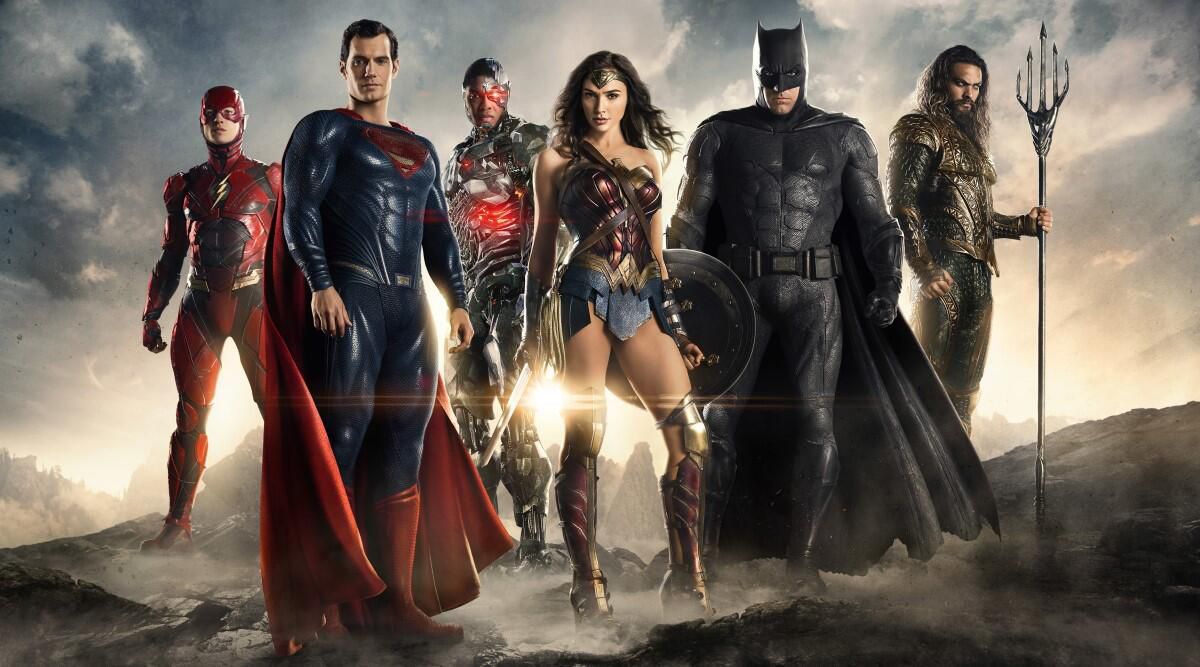 We learned that Synyder’s long-awaited cut will come in four one-hour chapters on HBO Max in 2021 with an option to watch the 2-hour+ event as one long movie.

Shazam! Fury of the Gods

After much teasing, we learned the title of Shazam 2. The movie will be titled Shazam! Fury of the Gods. It will hit theaters on Nov. 4, 2022. Oh, and Sinbad showed up on the panel with a cryptic tease about his tole as Shazam. Whether it was serious or in jest is not clear.

Dwayne Johnson revealed what characters will be joining him and the previously announced Atom Smasher (Noah Centineo) as part of Black Adam’s Justice Society. Hawkman, Doctor Fate, Cyclone, and Atom Smasher will all be incorporated into Black Adam. It should hit the theaters on December 22, 2021.

The original Wonder Woman, Linda Carter, made a surprise appearance alongside Gal Gadot and reminded us what Wonder Woman is all about. We saw the second trailer and witnessed Barbara Ann Minerva transform into The Cheetah.

It was confirmed that The Flash will feature Batmen Michael Keaton and Ben Affleck. Affleck made his Batman debut in 2016′s “Batman v Superman: Dawn of Justice” whereas Keaton played Bruce Wayne in Tim Burton’s 1989 film “Batman” and 1992 sequel “Batman Returns.”

According to Director Andy Muschietti, the The Flash movie will change the DC Multiverse with Affleck being “a very substantial part of the emotional impact of the movie”. According to Muschietti, “The cinematic multiverse is going to be born out of this movie.”

We learned that the film was shut down two months into production due to the coronavirus (only 30% has been shot) and that the theme’s thrust is a “incredibly personal detective story”. We will see Bruce Wayne’s second year as Batman with Robert Pattinson as Batman, Zoe Kravitz as Catwoman, and Paul Dano playing a “version of Riddler that no one’s seen before”.

Then we saw the first teaser for the film, a dark, foreboding featurette that opened with a disturbing scene of a criminal slowly and methodically duct taping a victim with a note egging on The Batman.

The Batman will take place in a separate universe from that of the other DC Comics movies.

The Sandman on Netflix

Neil Gaiman’s Sandman series will be coming to Netflix but was delayed by COVID-19. The version will start in 1916, just like the comic, but will not begin the story arc in 1988 but rather, launch the story in modern times. Gaiman noted that this will allow him to rethink some of the characters.

DC Universe’s Titans teased a third season. It seems to be heading straight to Gotham City and will see Jason Todd (Curran Walters) become Red Hood after leaving the Robin identity behind. We will also see Barbar Gordon and Dr. Jonathan Crane as Scarecrow.

We learned that Gotham Knights is Warner Bros. Games Montreal’s new open-world title. The game will feature Nightwing, Robin, Batgirl, and Red Hood protecting Gotham City following what seems to be the death of Batman.

We saw a new game, Suicide Squad: Kill the Justice League in a lengthy trailer from Rocksteady Studios. The Suicide Squad game will be launching on in 2022 for PC, PlayStation 5, and Xbox Series X.