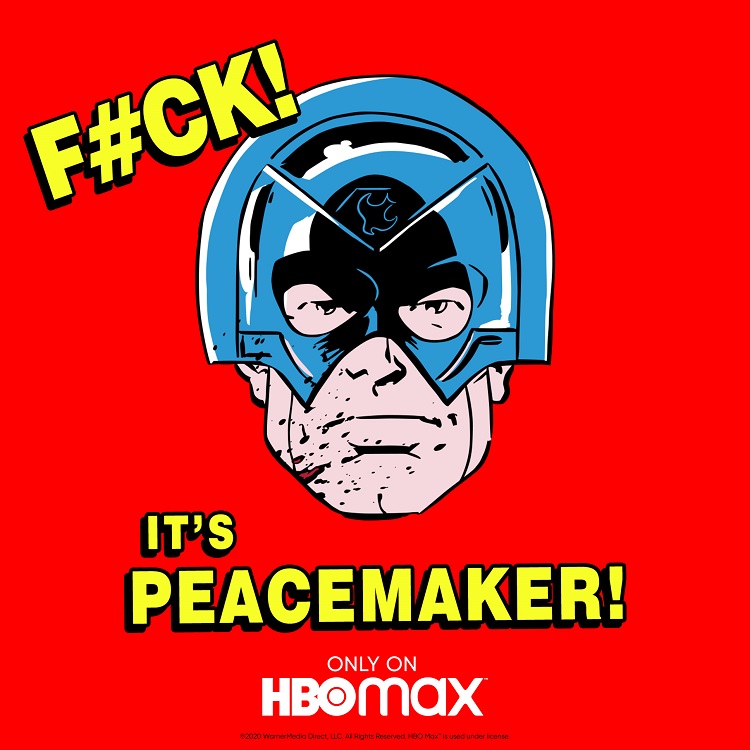 Adding to its quickly expanding slate of DC TV shows, the recently launched HBO Max streaming service has greenlit a new action-adventure-comedy series centered around Peacemaker, the master of weapons played by John Cena and soon to be seen in The Suicide Squad, James Gunn’s 2021 film that will bring back DC Comic’s infamous team of super-villains. HBO Max has given Peacemaker a straight-to-series order, promising an eight-episode first season. Cena will reprise his role as the character to star in the series, while Gunn—who both wrote and directed The Suicide Squad—will write all eight episodes of Peacemaker and direct several as well, including the first episode.

Details about when exactly the show will take place and what the story may focus on are being kept under wraps, but producers promise the series will explore the origins of the Peacemaker character, a man who believes in maintaining peace at all costs—no matter how many people he needs to kill to do it. Beyond that, fans can expect the series to expand the world of The Suicide Squad beyond what’s seen in the upcoming film.

“Peacemaker is an opportunity to delve into current world issues through the lens of this superhero/supervillain/and world’s biggest douchebag. I’m excited to expand The Suicide Squad and bring this character from the DC film universe to the full breadth of a series. And of course, to be able to work again with John, Peter, and my friends at Warner Bros. is the icing on the cake.”

“I have said before that it has been a tremendous honor and an incredible opportunity to be part of The Suicide Squad and to work with James on what is going to be a fantastic movie. I am unbelievably excited to have the chance to team up with him again for Peacemaker. We can’t wait for fans to see this.”

While more casual DC fans are likely familiar with the Suicide Squad, both from decades of comics and the 2016 Suicide Squad film that introduced the team to the masses, the character of Peacemaker isn’t as well known. Debuting in a short-lived Charlton Comics series called The Fightin’ 5 in 1966—the age of peace and love—he was originally more of a traditional hero who used only non-lethal weapons before being subversively reimagined as a violent vigilante who was willing to kill whoever he needed to maintain peace. Named Christopher Smith in the comics, he’s had a couple of self-titled miniseries since his debut and has fought for teams including Checkmate and, yes, the Suicide Squad. Most recently he made an appearance in Geoff Johns and Gary Frank’s Doomsday Clock.

Peacemaker will be the first DCTV and HBO Max series with ties to DC’s shared movie universe, but it’s not the only series to spin out of a DC movie. Earlier this year, HBO Max announced they had greenlit an original series set in the world of Matt Reeves’ The Batman, the Robert Pattinson-starring Dark Knight reboot that’s also slated to premiere in 2021. The new Batman series will focus on the Gotham City Police Department and will shed greater light on the level of corruption found within Batman’s city. In addition, HBO Max will be the new home of all the DCTV shows currently on DC Universe, including Doom Patrol, Titans, Harley Quinn and Young Justice, all of which have new seasons in production.

Peacemaker is scheduled to begin production in early 2021, prior to Gunn getting started on the next Guardians of the Galaxy movie. It will be produced by Gunn’s Troll Court Entertainment and The Safran Company in association with Warner Bros. Television.