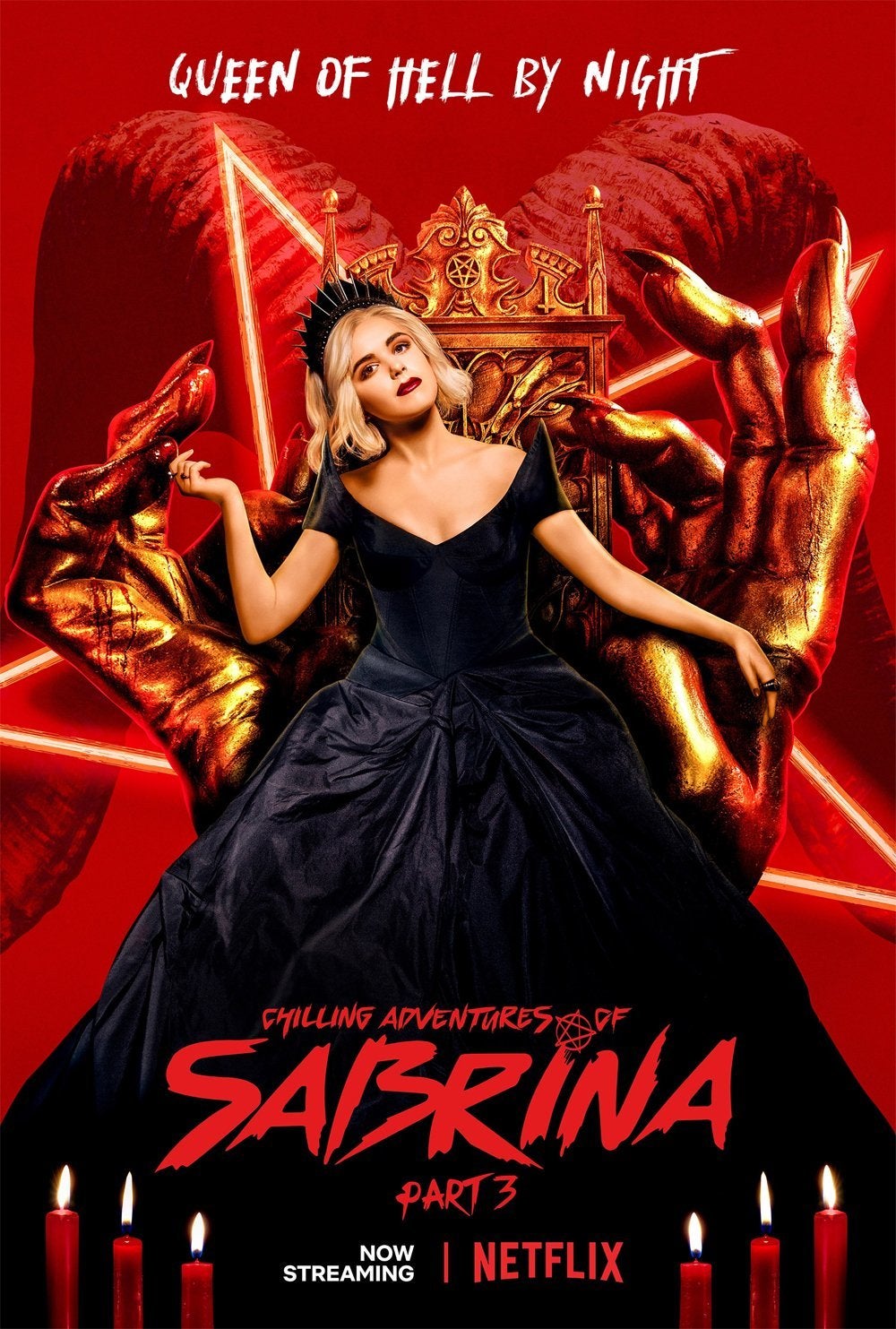 It’s a puzzling but official – Netflix has cancelled the popular Chilling Adventures of Sabrina just ahead of its season 4 debut this Fall. The series was created by Roberto Aguirre-Sacasa of Archie Comics (who also wrote for Glee and Riverdale) as a companion show to CW’s Riverdale.

The reason of course, was not stated but it’s commonly expected that Netflix will axe a show after season 2 or 3. They seem to prefer ~30 episode runs, before contracts heat up. Chilling Adventures of Sabrina will finish with 36 episodes so we shouldn’t complain, I guess.

Aguirre-Sacasa made the following statement to TV Line:

“Working on Chilling Adventures of Sabrina has been an incredible honor from day one. The cast, beginning with Kiernan as everyone’s favorite teen witch, has been an absolute joy. I am beyond thankful to the crew, writers, editors, assistants, and everyone for pouring so much love into this dark dream of a show. I’m also grateful to our partners at Netflix, Warner Bros., Berlanti Television, and Archie Comics for letting us tell the story we wanted to tell, the way we wanted to tell it. We can’t wait for everyone to see Part Four.”