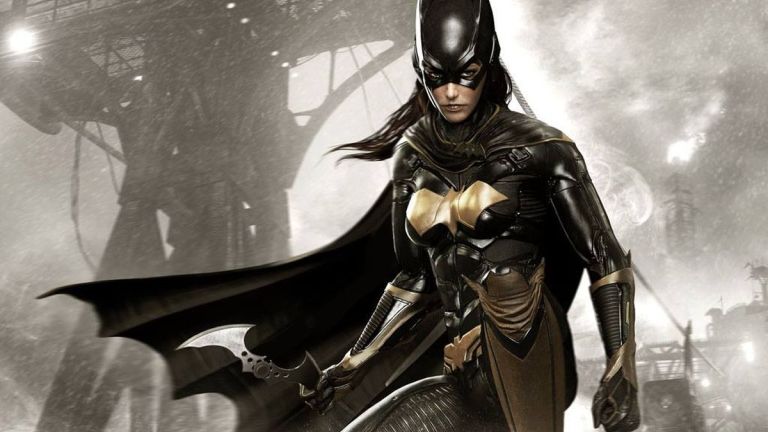 In 2017, Warner Bros. pulled Joss Whedon to write and direct a Batgirl movie. A year later, Whedon departed the project saying he “didn’t have a story”. In May 2021, Bad Boys for Life filmmakers Adil El Arbi and Bilall Fallah were hired to direct the film, while Christina Hodson (Birds of Prey, Bumblebee, The Flash) was tasked with writing the script. Loki composer Natalie Holt has confirmed that she will be scoring the film.

Actor Leslie Grace, who is best known for her performance in the 2021 film In the Heights, will star as Barbara Gordon. J.K. Simmons will be reprising his role of Commissioner James Gordon, making Batgirl his third appearance as the character following his appearances in Justice League and Zack Snyder’s Justice League. Brandon Fraser has signed on to play the villain.

The movie will release directly to HBO Max and comes as HBO Max continues to bolster its original programming in an effort to lure subscribers.

Our first new look at Firefly’s full costume has been revealed. March 1, 2022

A new set photo from the upcoming HBO Max DC film Batgirl shows Brendan Fraser’s Firefly in full gear. Ironically (or not), the character is standing atop a fire truck. Check out the image below.

New still from set shows Batgirl questioning a suspect in a manner that would make Batman proud. January 25, 2022

A new still from the filming of Batgirls shows Leslie Grace’s Batgirl dangling a suspect out the window of a high-rise while questioning her. As for the two men in the window above Batgirl, they are prop workers tossing fake snow onto the scene below.

It had long been rumored that trans-actor Ivory Aquino would join the Batgirl cast and long surmised she would play the role of Barbara Gordon’s transgender roommate, Alysia Yeoh. Today it is official with the announcement that Ivory Aquino has been cast as Alysia Yeoh.

Backstage video of Brendan Fraser’s Firefly walking out of a burning pharmacy has emerged online. As you can see from the still below, he isn’t wearing the full Firefly armor, so we are not sure what the context is here. Possibly we’re getting an early look at the villain, maybe even a part of the origin story?

Leslie Grace posts picture of new Batgirl suit and man, does it stay true to the comic book version. January 14, 2022

Leslie Grace today posted a photo of her wearing the Batgirl suit on set. The post included these words of wisdom from Batgirl, Year One.

““I use their expectations against them. That will be their weakness. Not mine. Let them all underestimate me…And then their guard is down, and their pride is rising, let me kick their butts.”

What do you think -is this suit straight out of the comic books or what?

New photo from the Batgirl set hints at Lex Luther’s next move via cover of faux Gotham Tattler. January 13, 2022

With production now underway on “Batgirl” in Glasgow, Scotland, The Hollywood Reporter has revealed three more cast members in the forms of Rebecca Front (“Avenue 5”), Corey Johnson (“The Mauritanian”), and Ethan Kai (“Emmerdale Farm”). There’s no word yet on who they’re playing in the film.

Michael Keaton will reprise his role as Batman in the upcoming Batgirl film. December 21, 2021

According to sources, Michael Keaton has signed on to reprise his role as Batman in the upcoming Batgirl film. He will star alongside Leslie Grace, J.K. Simmons and Brendan Fraser.

The upcoming Warner Bros. film “Batgirl” has begun filming, according to an Instagram post from Bilall Fallah, who is directing the film with Adil El Arbi.

Brendan Fraser (The Mummy) been cast as the villain in DC’s “Batgirl,” joining actress Leslie Grace in a superhero movie that’s intended to debut on the HBO Max streaming service. According to some sources, Fraser will be cast as supervillain Firefly. It will not be Fraser’s first time to play a DC character. He jumped into the world of DC before as part of the cast of the TV series Doom Patrol.

A recent casting call advert strongly hints that Batgirl’s friend and transgender character Alysia Yeoh will make it into the upcoming Batgirl film. The advertisement, published by Castit Talent, solicits an actor for the role of a “mid/late 20’2 Asian American transgender woman” for an untitled Warner Bros. film. Further details review the movie is directed by Adil El Arbi and Bilall Fallah, directors of the upcoming Batgirl film.

The casting call goes on to ask for an an actor who is a “10-12-year-old Asian American transgender girl or a 10-12 year old Asian American nonbinary and/or gender diverse person” for the role of “young Alanna.”

We can’t say for sure if “Alanna” is a codeword or true character name but the description of the role clearly matches Alysia Yeoh, who first appeared in Batgirl Vol 4 #1. Alysia is Barbara Gordon’s best friend and a transgender woman. At the time of her appearance, she was noted for being the first transgender character written in a contemporary context in a mainstream comic book.

Below is the flyer for the casting call.

Although Batgirl is not in production yet, DC teased concept art for the upcoming film at today’s DC Fandome event. The art does not fully reveal the cowl but shows Leslie Grace will be sporting the iconic red hair.

Batgirl star Leslie Grace told Billboard magazine she is training for the part every day.

“Lots and lots of training! I’m currently fight-training every day with my amazing ‘martial arts mom,’ Ming Qiu, who cracks the whip! I’ve never fought in my life, so we are working really hard every day to get my body used to all the motions! I’m also reading a ton of comics and, believe it or not, keeping my eye out for tweets from our beloved DC comic fans to see what they are excited to see in my iteration of Babs! Research is everything. I’m so excited to honor this iconic character whose legacy spans over 50 years. It’s a huge responsibility but also an honor — and I want to do my very best to make sure she gets the best of all I have to give!”

Deadline reports the studio and creative team have cast Leslie Grace as Barbara Gordon. Grace starred as Nina Rosario in Jon M. Chu’s film adaptation of In the Heights (2021) based on Lin-Manuel Miranda’s Tony Award-winning musical.

Testing for lead actress has begun as search heats up for lead roles. (July 19, 2021)

Testing for the lead role has started. Isabela Merced, who has appeared in “Sicario: Day of the Soldado” and “Dora and the Lost City of Gold,” and Zoey Deutch, the star of “Zombieland: Double Tap” and “Why Him?,” have already tested or will test for the role. “In the Heights” star Leslie Grace and “Five Feet Apart” actress Haley Lu Richardson are reportedly emerging as top contenders to take the role of Barbara Gordon in “Batgirl”.