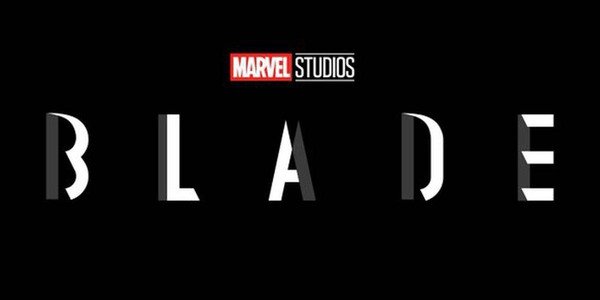 The most iconic vampire hunter in comic book history returns

One of the most hotly anticipated projects is Marvel’s Blade movie, which is still a subject of mystery for fans looking forward to seeing the big screen return of the most iconic vampire hunter in comic book history, especially with two-time Academy Award winner Mahershala Ali in the title role.

In May 2013, Marvel Studios began a working script for a new Blade film after regaining rights from New Line Cinema. In February 2019,

By May 2013, Marvel Studios had a working script for a new Blade film after regaining the rights following New Line Cinema’s prior film series. In February 2019, actor Mahershala Ali approached Marvel Studios about starring in a new Blade film. Kevin Feige officially announced the film with Ali in the title role at the July 2019 San Diego Comic-Con. In February 2021, Stacy Osei-Kuffour was hired to write the film.

Marvel Studios has announced the addition of Aaron Pierre (Krypton, The Underground Railroad) to the cast of their upcoming Blade reboot. Pierre’s role in the film was not announced and Marvel declined to comment on the new casting development.

The original Blade, Wesley Snipes, has some advice for Mahershala Ali. November 21, 2021

In an interview with Yahoo Movies, former Blade star Wesley Snipes made it known that he was happy Mahershala Ali had been cast in the role.

“We spoke. We shared that the issue of him being cast wasn’t between us, you know, that business. I’m cool with it. I don’t walk around as Blade, so I’m not attached to the character like that, you know? I feel no emotional loss. Zero. And I’m happy that he’s been cast, and more than likely he’ll do a great job.”

Snipes went further, giving Ali some tips on how to handle the demands of the character.

Was the Blade Untitled movie just pulled from the slate? October 18, 2021

Disney announced today, the delay of a multitude of movies due to “production delays”. In addition to numerous delays, it was announced that two Untitled movies were taken off its calendar and one untitled movie shifted from November 10, 2023 to November 3, 2023 (yes, it was moved up a week). It is rumored that Blade Untitled could be one of the Untitled movies that were impacted by Disney’s schedule shift.

Marvel’s India account sent Blade fans into disarray today by suggesting Blade will arrive in theaters on October 22, 2022. The date however, seems unrealistic given the movie hasn’t even started filming yet. The Tweet has since been deleted.

Now that Bassam Tariq has been confirmed as the director for the Blade reboot, he was asked about his take on Marvel’s Blade. Sounds like we might see some interesting character development for Eric Brooks.

“What I can tease about it is that we care about character, it’s very important for me, and character is something that… I don’t think of genre, I think of character, and where our character has to go is gonna be really important. What’s so great is it’s not as boxed in as I think people imagine it to be, which I thought it was, but it’s quite exciting. And I think the reality is there no Blade canon. If you ever read the comics, they’re always changing. ‘Oh it’s this story, it’s this story.’ What’s the canon? It’s not like Peter Parker. His name is Peter Parker. In some comics, his name is Fred H. Blade, you know, instead of Eric Brooks. So it’s an interesting thing of… unfortunately, the runs never lasted that long, and there have been some interesting and exciting waves. But I can say it’s character first.”

Blade takes a huge step forward with hiring of director Bassam Tariq to take the reins.

While Mahershala Ali has been cast in the lead role, no news of developments or behind the scenes of the project have been released. That changed today. Marvel Studios has reportedly tapped Bassam Tariq to direct Blade. Deadline reports that before Tariq was tapped, Mahershala Ali and studio head Kevin Feige had been interviewing candidates since last fall.

According to the Hollywood Reporter, “Marvel isn’t rushing with Blade, whose start date was pushed from this September to July 2022, so that the studio can spend time working on the Stacy Osei-Kuffour-penned script.”