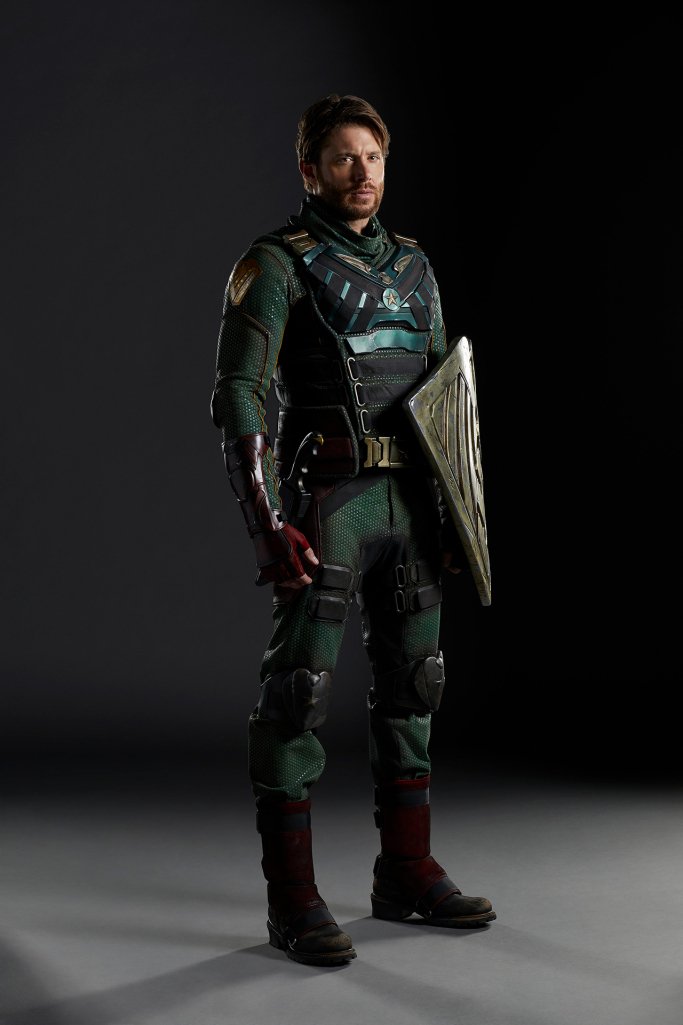 Amazon has released a first look of Jensen Ackles as The Boys fan favorite, Soldier Boy. The character is a parody of Captain America and possesses super-solider strength and speed combined with expert hand-to-hand combat skills. The comic book version is portrayed as a cowardly suck-up to the other superheroes, who is trying his hardest to get into The Seven.

Soldier Boy is said to have been created via Compound V in an early 1944 Dr. Vought experiment. The experiment gave him the powers to kill German soldiers and help win the war.

“It took six months but the experience surpassed Jensen’s expectations. LJ has made a work of art that tips its hat to the WWII Soldier Boy from the comics, while taking it in a sleek new direction. And if you think the photos are cool, just wait till you see Jensen in action. It’s one of my very favorite suits.”

“Soldier Boy is the original bad ass. Our goal was to highlight a bygone era of overt masculinity and grit. With that pedigree we dove headfirst into baking in an all-American quality grounded in a military soldier’s practicality with a heavy dose of old school cowboy swagger. We knew that the actor had to have Steve McQueen looks and chops with a John Wayne attitude, luckily Jensen Ackles embodies all of that.”

Although he never physically appeared in the first two seasons of The Boys, Soldier Boy’s presence was felt. He is mentioned in a conversation with Homelander in The Big Ride episode. You can also see a statue of Soldier Boy on the town square in the Butcher, Butcher, Candlestick Maker episode.