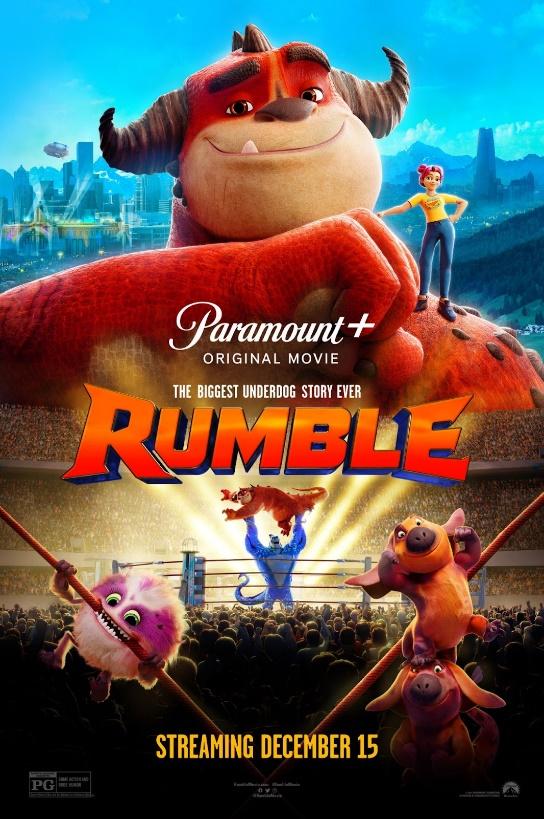 Paramount+ today announced that the animated feature film “Rumble,” from Paramount Animation, will premiere exclusively on the service on Wednesday, Dec. 15. Starring Will Arnett, “Rumble” is an original animated family film that explores the world of monster wrestling and celebrates moving to your own groove and paving your own unique path to success.

“In a world where monster wrestling is a global sport and monsters are superstar athletes, “Rumble’s” teenage Winnie seeks to follow in her father’s footsteps by coaching a loveable underdog monster into a champion.”

Check out the official trailer below.