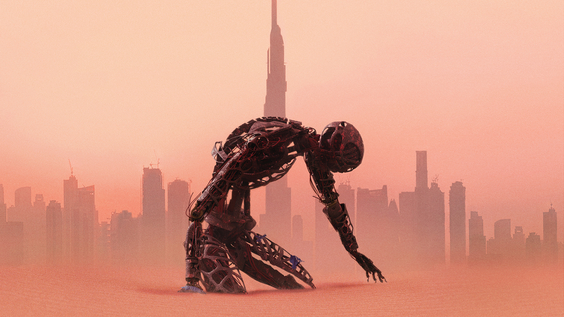 True to fashion, HBO has a lot of geeky shows on deck for our cold-weather viewing pleasure. Here is what to expect on HBO this Winter 2021, what is already airing, and what is on its way.

What to watch on HBO this Winter 2021

Synopsis: Amidst the intertwining lives in the town of East Highland, 17-year-old Rue (Zendaya) must find hope while balancing the pressures of love, loss, and addiction.

Synopsis: Created, written and executive produced by Danny McBride, THE RIGHTEOUS GEMSTONES tells the story of a world-famous televangelist family with a long tradition of deviance, greed and charitable work. Season two finds our blessed Gemstone family threatened by outsiders from both the past and present who wish to destroy their empire.

Synopsis: Sam (Bridget Everett) is a true Kansan on the surface, but, beneath it all, struggles to fit the hometown mold. As she grapples with loss and acceptance, singing is Sam’s saving grace and leads her on a journey to discover herself and a community of outsiders who don’t fit in but don’t give up, showing that finding your people, and finding your voice, is possible. Anywhere. Somewhere.

Synopsis: The American Gilded Age was a period of immense economic change, of huge fortunes made and lost, and the rise of disparity between old money and new. Against this backdrop of change, the story begins in 1882 – introducing young Marian Brook, the orphaned daughter of a Union general, who moves into the New York City home of her thoroughly old money aunts Agnes van Rhijn and Ada Brook. Accompanied by Peggy Scott, an accomplished African-American woman, Marian inadvertently becomes enmeshed in a social war between one of her aunts, a scion of the old money set, and her stupendously rich neighbors, a ruthless railroad tycoon and his ambitious wife, George and Bertha Russell. In this exciting new world that is on the brink of the modern age, will Marian follow the established rules of society, or forge her own path?

Shows that are currently airing on HBO

Synopsis: Susan and Christopher Edwards, a pair of misfits on the run from reality, cast themselves as Hollywood heroes in their own love story tainted by a terrible secret buried in the garden.

HOUSE OF THE DRAGON (Drama Series)

Status: The series has been given a ten-episode series order and is currently in production.

Synopsis: An intricate and magical love story, adapted by Steven Moffat from the much loved novel by Audrey Niffenegger, this series tells the story of Clare and Henry, and a marriage with a problem… time travel.

Synopsis: The news-breaking documentary series will continue to work with Axios journalists to cover it all – politics, business, technology – and share insight on other big topics shaping the future. Co-founded in 2016 by Mike Allen, Jim VandeHei and Roy Schwartz, Axios is known for its headline-generating interviews, illuminating coverage and trustworthy insight delivered with “smart brevity.”Credits: Directed and produced by Emmy® winner Matthew O’Neill and Perri Peltz.

Synopsis: Ambushed by his rebellious son Kendall at the end of Season 2, Logan Roy begins Season 3 in a perilous position. Scrambling to secure familial, political, and financial alliances, tensions rise as a bitter corporate battle threatens to turn into a family civil war.

Status: The series has been renewed for a fourth season.

Synopsis: This space tourism comedy is set 40 years in the future, when the solar system is everyone’s oyster. With Hugh Laurie as the captain, nothing can go wrong.

Synopsis: A social satire set at an exclusive tropical resort, this six-episode limited series follows the exploits of various guests and employees over the span of a week.

Synopsis: August, 1896. Victorian London is rocked to its foundations by a supernatural event which gives certain people – mostly women – abnormal abilities, from the wondrous to the disturbing. But no matter their particular “turns,” all who belong to this new underclass are in grave danger. It falls to mysterious, quick-fisted widow Amalia True (Laura Donnelly) and brilliant young inventor Penance Adair (Ann Skelly) to protect and shelter these gifted “orphans.” To do so, they will have to face the brutal forces determined to annihilate their kind.

Status: THE NEVERS will return for Season One, Part Two in 2022.

Synopsis: Adapting Philip Pullman’s award-winning trilogy of the same name, which is considered a modern masterpiece of imaginative fiction, HIS DARK MATERIALS follows Lyra (Dafne Keen), a seemingly ordinary but brave young woman from another world. Season two began as Lyra, distraught over the death of her best friend, embarks upon a journey in a strange and mysterious abandoned city. There she meets Will (Amir Wilson), a boy from our world who is also running from a troubled past. Lyra and Will learn their destinies are tied to reuniting Will with his father but find their path is constantly thwarted as a war begins to brew around them. Meanwhile, Mrs. Coulter (Ruth Wilson) searches for Lyra, determined to bring her home by any means necessary.

Status: Season 3 is currently in production.

Synopsis: The HBO documentary series THE VOW will continue with a second installment of episodes, to air in 2021. Set against the backdrop of the federal trial of The United States against Keith Raniere, THE VOW Part Two will offer an exclusive view into Raniere’s innermost circle. It delves into the stories of NXIVM’s top leadership in the US and Mexico, and into powerful, intimate stories of DOS members. Part Two follows the legal and emotional journeys of the group’s founders, supporters and defectors as new evidence and stunning revelations come to light while federal prosecutors and defense attorneys battle for opposing views of justice in a case caught in the national spotlight.

Synopsis: This dark comedy stars Emmy® winner Bill Hader in the title role. Desperate to leave his violent past behind, Barry is attempting to untangle himself from the world of contract killing and fully immerse himself in acting. But while he has eliminated many of the external factors that pushed him towards violence, Barry soon discovers they weren’t the only forces at play.

Synopsis: This Emmy®-winning one-hour drama series is a dark odyssey about the dawn of artificial consciousness and the birth of a new form of life on Earth.

Status: The series has been renewed for a fourth season.

Synopsis: 1931, Los Angeles. While the rest of the country struggles from the Great Depression, this city is booming! Oil! Olympic Games! Talking Pictures! Evangelical Fervor! And a child kidnapping gone very, very wrong! Based on characters created by Erle Stanley Gardner, this new series follows the origins of American fiction’s most legendary criminal defense lawyer, Perry Mason (Matthew Rhys). When the case of the decade breaks down his door, Mason’s relentless pursuit of the truth reveals a fractured city and just maybe, a pathway to redemption for himself.

Synopsis: From Sally Wainwright, this series tells a remarkable and unlikely love story, set in the complex, changing world of 1832 Halifax, the cradle of the industrial revolution. Starring Suranne Jones, it focuses on landowner Anne Lister and her determination to change the fate of Shibden Hall, her faded ancestral home, by re-opening the coal mines and marrying well. The charismatic, single-minded, swashbuckling Lister – who dresses head-to-toe in black and charms her way into high society – has no intention of marrying a man. Every part of the story is based in historical fact, recorded in the four million words of the real-life Anne Lister’s diaries, which contain the most intimate details of her life, once hidden in a secret code that is now broken.

Synopsis: This innovative series explores evergreen cultural idioms such as patriarchy, white supremacy and sensuality from a new, thought-provoking perspective. A fluid, stream-of-consciousness response to the contemporary American mediascape, each episode features a handful of interconnected vignettes, showcasing an ensemble cast of emerging and established talent.