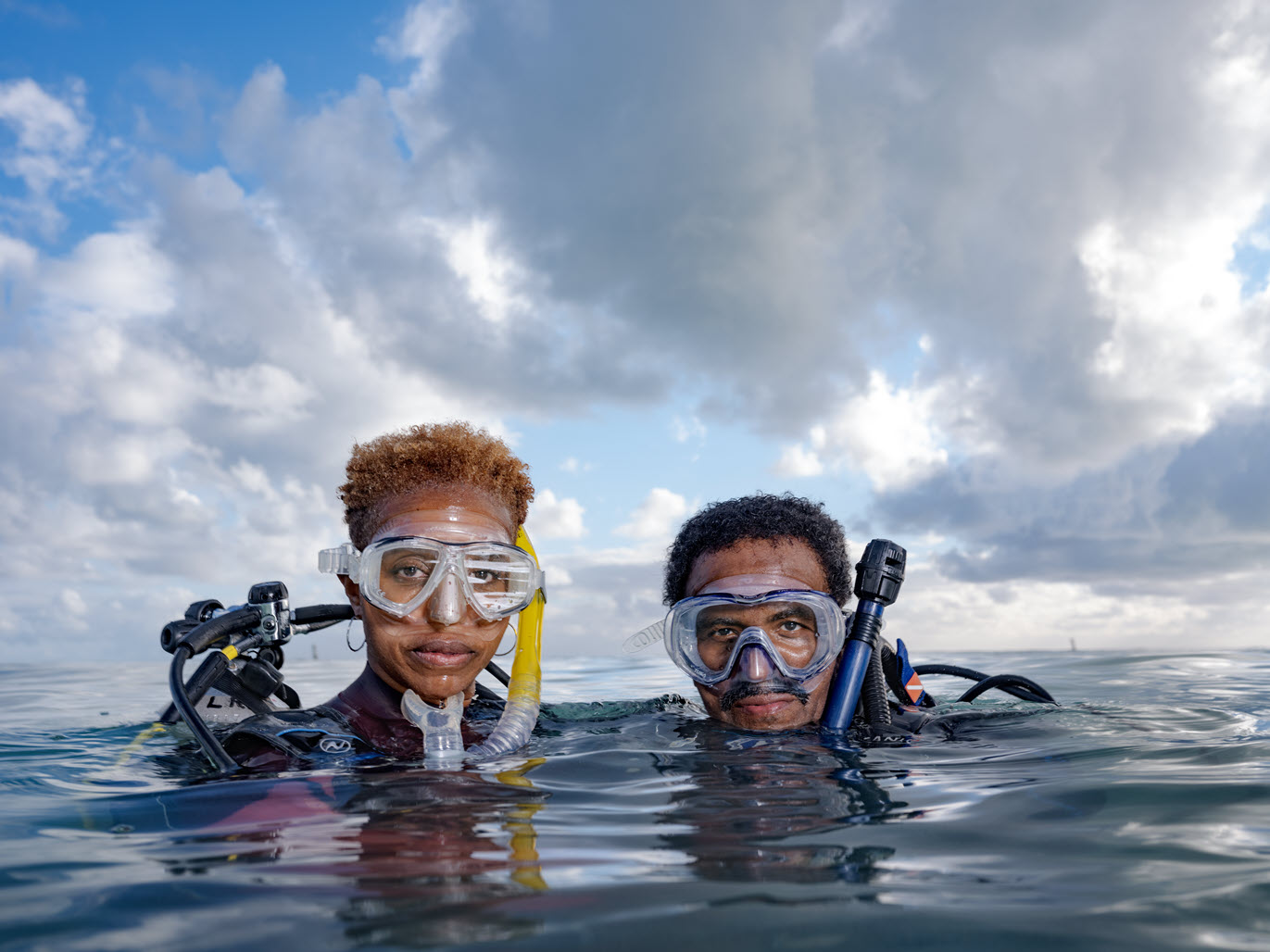 Ahead of Black History Month, National Geographic is launching a powerful new podcast, INTO THE DEPTHS, on Jan. 27, 2022, that uncovers the deep history of the transatlantic slave trade as it follows a group of Black divers who are dedicated to finding and helping to document slave shipwrecks. Check out the podcast trailer below:

In addition to the podcast series, National Geographic Explorer Tara Roberts, who quit her job and left her life behind to follow in the footsteps of Diving With a Purpose, a group of Black divers who traverse the globe in search of long-lost slave shipwrecks and the truth of the history that accompanies them, will be featured on the cover of the March issue of National Geographic magazine, which will be published online at natgeo.com/intothedepths on Feb. 7. The feature will profile Roberts’ journey as she travels with the divers to investigate the lost stories of the slave trade – both to expand the historical record and to honor the 1.8 million unsung souls who perished during the middle passage.

National Geographic will also premiere a documentary special, CLOTILDA: LAST AMERICAN SLAVE SHIP, about the most intact slave shipwreck found to date and the only one for which we know the full story of the voyage, the passengers and their descendants. In July 1860, on a bet, the schooner Clotilda carried 110 kidnapped Africans to slavery in Alabama. The traffickers tried to hide their crime by burning and sinking the ship, but now, for the first time since Clotilda arrived in America, maritime archaeologists enter the wreck. In a dangerous dive, they explore the actual cargo hold and find physical evidence of the crime the slave traders tried so hard to hide. Descendants of the passengers share how their ancestors turned a cruel tragedy into an uplifting story of courage and resilience.

More about the Into the Depths podcast

“INTO THE DEPTHS is a profound and personal exploration of identity and history as told through the lens of Black scientists and storytellers eager to deepen our understanding of American history,” says Davar Ardalan, executive producer of Audio for National Geographic.

The podcast, which will drop from Jan. 27 to March 3, features over 40 voices, including underwater divers and archaeologists – descendants of those brought over on the ships, historians, and a variety of experts whom Roberts works with to uncover these stories. Ken Stewart, diver and co-founder of Diving With a Purpose, is featured in the second episode as Roberts dives into the story of the Spanish pirate ship, the Guerrero, which wrecked off the coast of Florida in 1827. Meanwhile, the town of Africatown, Alabama, made up of the direct descendants of Africans brought to America on the slave ship Clotilda, make an appearance in episode six. The journey brings Roberts to a deeply painful and personal crossroads concerning her identity as a Black American as she searches for a sense of belonging. You can listen on Apple Podcasts and wherever podcasts are found. Roberts explained:

“As I got to know the divers, the ships they had found, the stories of those who had been captured, I realized this was a way to come to grips with those 400 years, with this traumatic history of much of the Black population in the United States. Through these ships, we could bring lost stories up from the depths and back into collective memory.”

National Geographic is also encouraging listeners to listen with their crews and host their own COVID-19-safe listening parties by offering a downloadable listening party toolkit, available at natgeo.com/intothedepths. The toolkit will include an episode guide, discussion guide, social sharing graphic, and more, as well as helpful information regarding how to participate in the conversation online using #intothedepths.

Check out the episode guide below: