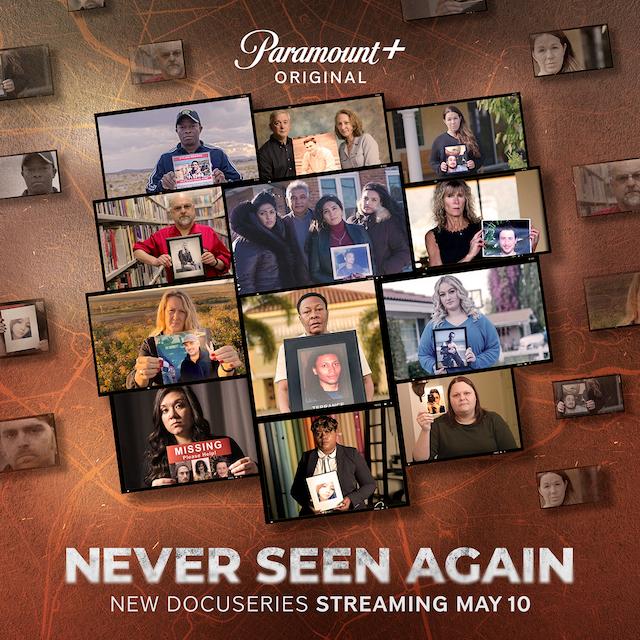 NEVER SEEN AGAIN kicks off with a story that sparked outrage and a quest for answers from award-winning filmmaker-actor-director Tyler Perry.

A 27-year-old Black man named Terrance Williams disappeared in Naples, Fla. in 2004 after he was last seen getting into a Collier County sheriff’s patrol car. At first, the officer said he never met Williams, but under questioning from police investigators, he changed his story, saying the young man had car troubles and he simply gave him a ride to a gas station. When it comes to light that a second man, a young Mexican immigrant named Felipe Santos, disappeared after getting into the same officer’s car, both Williams’ desperate mother and Perry fear something far more sinister occurred. Some have even speculated that the sheriff went rogue and abandoned each man in the alligator-infested Everglades nearby.

“They’re both disappearing with the same deputy after being put in the same deputy’s car. If this is a coincidence, then he is the most unlucky man in the world, that this could actually be something that happened to him twice. I just don’t see how that is possible. And I think that anybody in law enforcement can look at this and go, ‘What happened to them?’”

Each episode of NEVER SEEN AGAIN focuses on a single case that starts with a gut punch, as a loved one recounts the last time they saw their son, daughter, brother, sister, boyfriend or girlfriend before they vanished into thin air. These are real mysteries about real people who have disappeared from families and relationships, abandoning lives, leaving only theories in their wake: Where did they go? Why? Did they run away, or were they the victims of foul play? Those left behind, heartbroken and shellshocked, struggle to solve the puzzle. Viewers are encouraged to join the search, to help the families find closure by contacting police departments and Crime Stoppers. NEVER SEEN AGAIN poses a crucial question: Someone out there knows something … Is it you?