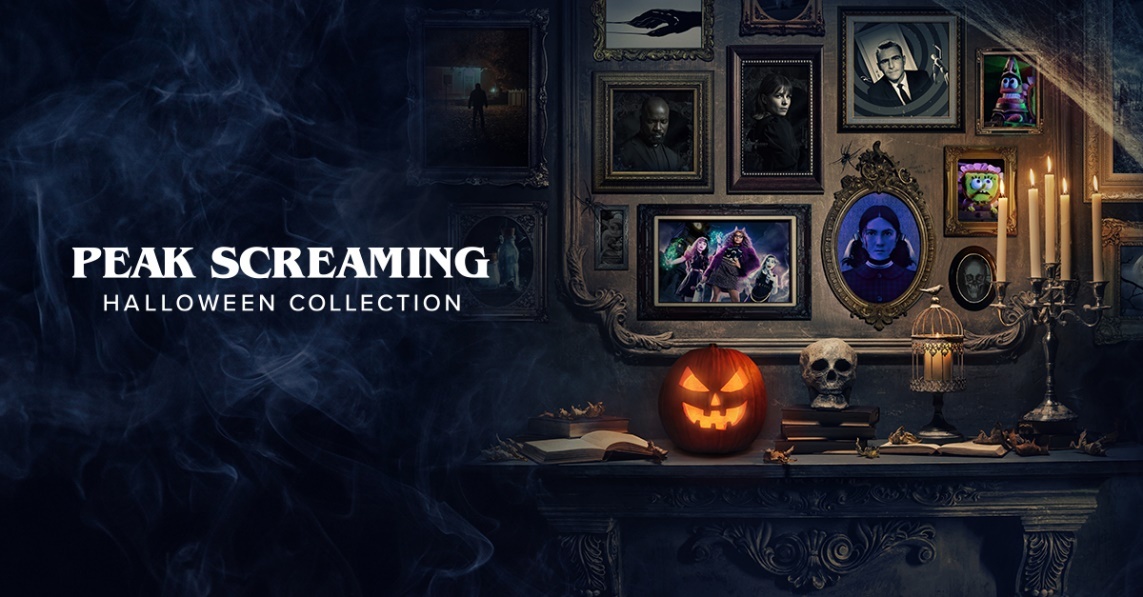 The Paramount+ Peak Screaming collection returns to the service today with an expanded screaming and streaming collection just in time for Halloween. The collection features more than double the programming from last year, including highly anticipated new originals, fan-favorite horror movies and iconic Halloween episodes from beloved series.

This year’s seasonal collection will include the debut of MONSTER HIGH THE MOVIE (Thursday, Oct. 6), a brand-new live-action musical from Nickelodeon; the exclusive premiere of new thriller movies such as SIGNIFICANT OTHER (Friday, Oct. 7); the release of an all-new special Halloween episode of GHOSTS (Thursday, Oct. 27) and more. The Halloween-themed content on Paramount+ can be found here.

The thematic library, which includes entertainment for everyone in the household, is thoughtfully curated into subgenres to enhance discovery. Carousels within the Peak Screaming collection include:

In October, the movie collection will grow again to include even more genre-defining hits and cult classics such as THE GRUDGE, I KNOW WHAT YOU DID LAST SUMMER, SHUTTER ISLAND, JENNIFER’S BODY, ANNIHILATION and INVASION OF THE BODY SNATCHERS, among others.

The Peak Screaming collection is available to stream now!