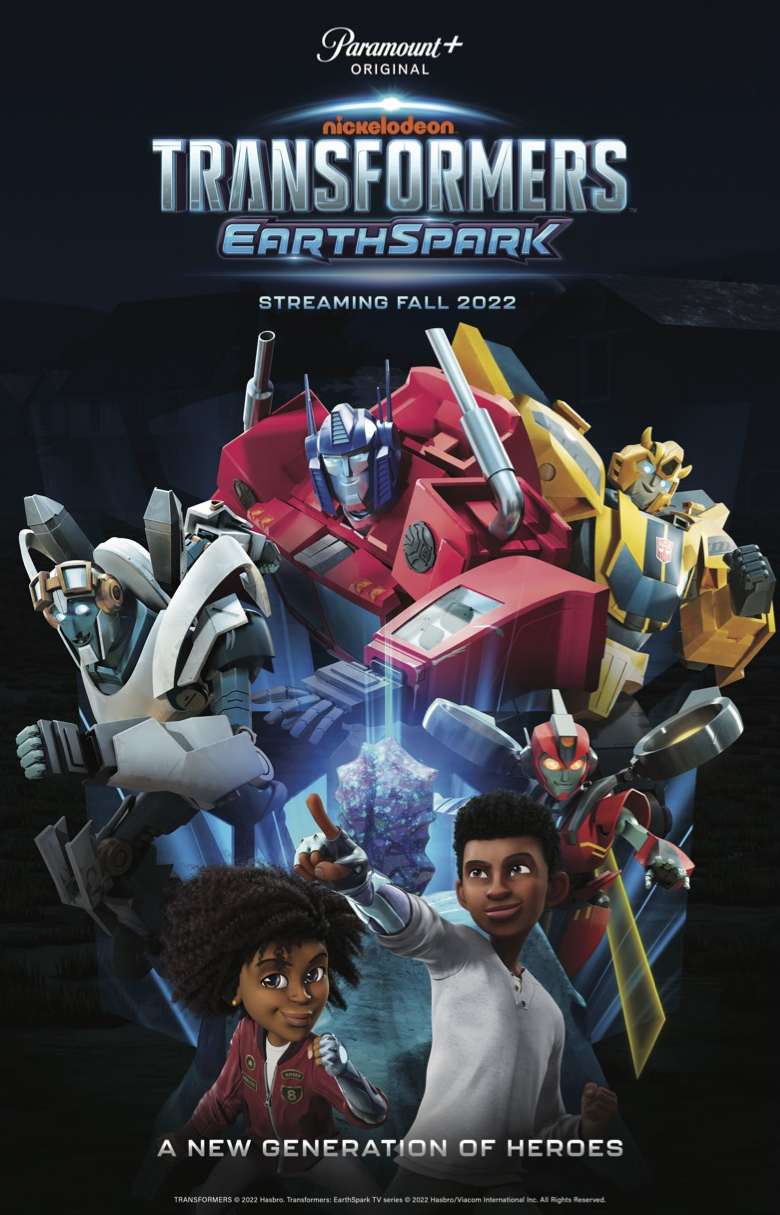 Paramount+ today debuted the official key art for its upcoming original animated series, Transformers: Earthspark, and announced the series will premiere on Friday, Nov. 11. The first 10 episodes of the premiere season will be available to stream exclusively on Paramount+ in the U.S. and Canada. TRANSFORMERS: EARTHSPARK will debut overseas beginning in November on Paramount+ and Nickelodeon channels around the world.

TRANSFORMERS: EARTHSPARK introduces a new generation of Transformers robots called Terrans – the first Transformers robots to be born on Earth – and together with the humans who welcome them in and care for them, they’ll redefine what it means to be a family.