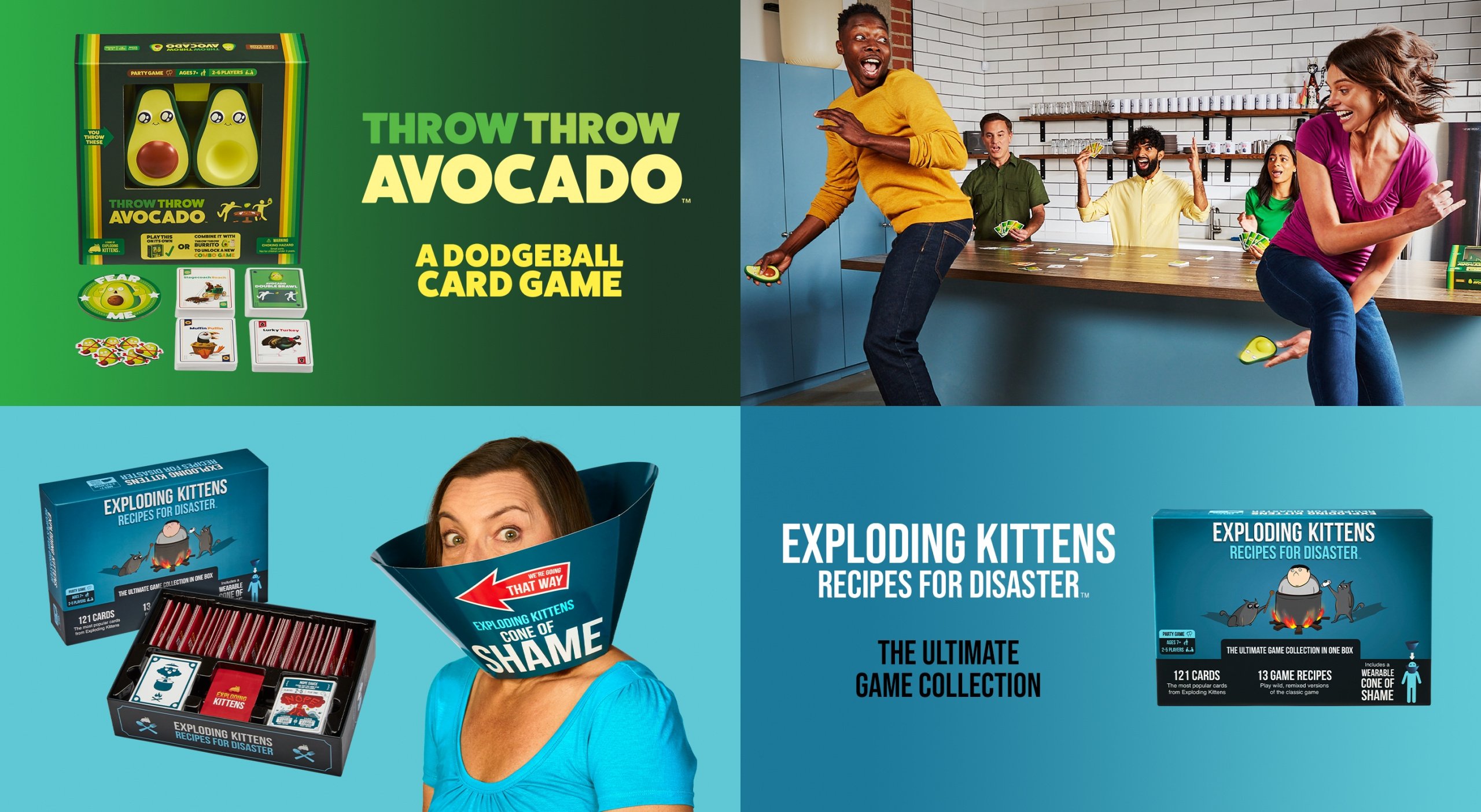 Today, Exploding Kittens, the hit tabletop game creator, announced the expansion of its two most successful franchises with the release of Throw Throw Avocado and Exploding Kittens: Recipes for Disaster.

Throw Throw Avocado and Recipes for Disaster will be available at participating retailers beginning August 24.