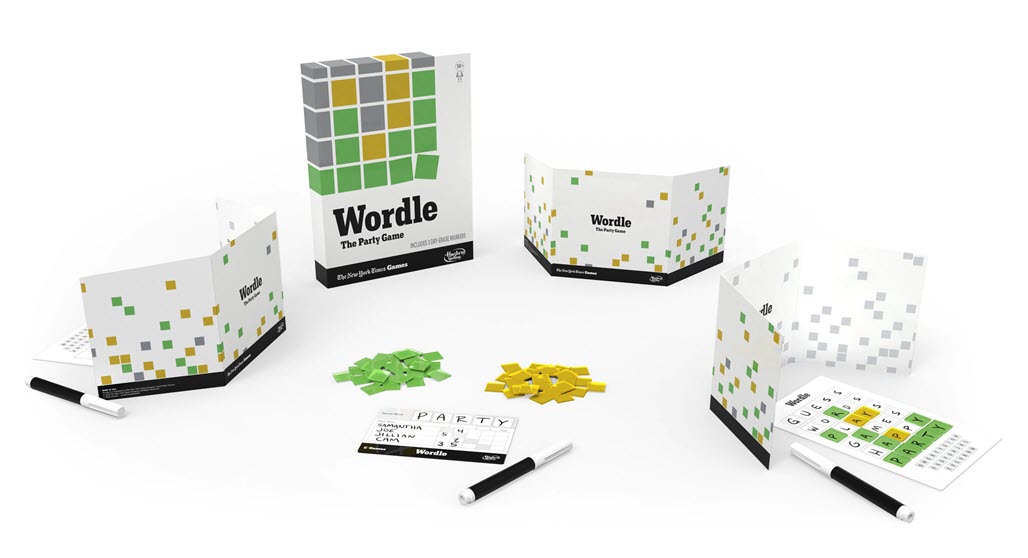 Hasbro today announced a partnership with the New York Times to transform the popular Wordle game into a board game titled Wordle: The Party Game. According to Hasbro, “Wordle: The Party Game features the gameplay fans love, but now players must compete in real life to solve the Wordle.”

Since Josh Wardle released Wordle to the public in October 2021, Wordle exploded in popularity and rapidly became a daily obsession for solvers. The Times Company acquired the guessing game in early 2022 and it continues to surprise and delight millions of daily players around the world.

In Wordle: The Party Game, a pre-designated player (the “Wordle Host”) writes down a five-letter “secret word”. Each player then has six chances to guess the word. The player who guesses the word in the fewest tries wins the round. Players can also switch up the gameplay with four different ways to Wordle: classic play, fast, timed, or teams.

The game comes up dry-erase Wordle game boards so players can play the game repeatedly.

Wordle: The Party Game will be available for purchase in October 2022. You can place your preorder here.