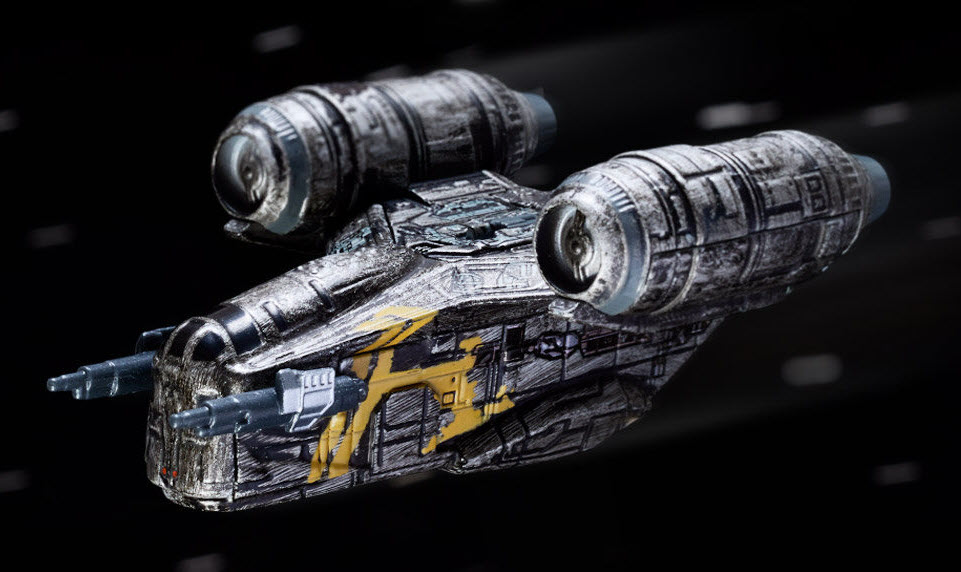 You’ll feel it from the moment you pick one off the pegs – literally, since their larger size means you’re getting a heavier, more substantial diecast model. Since 2015, Hot Wheels Star Wars Starships have featured recreations of speeders, starfighters, capital ships, and more, but never like this. The larger-scale Starships Select line allows Hot Wheels designers to get even more detailed with their sculpting and deco. The increased size also enables the addition of movable elements to these vehicles. For instance, the X-wing Fighter™ lets you open and close its S-foils!

If you’ve got a bit of bounty hunter in you, you’ll be thrilled to hear about the chase variants, too. For one Starship in each mix, Hot Wheels will make a second version that’s harder to find, with a battle-damaged deco. It’ll be the Razor Crest™ for the first mix, and they’ve certainly seen their share of galactic battles over the years.

As for the rest of the mix, you’ll be able to get them soon at your local retailer and at a very special event: Star Wars Celebration. Taking place at the Anaheim Convention Center from May 26-29, Star Wars Celebration is the ultimate fan experience. Mattel will have a booth there to show off all the latest and greatest Hot Wheels x Star Wars™ products, including Starships Select.

Each ship comes in premium packaging for your collection display. If you’re tempted to remove it from the packaging, you’ll find an upgraded display stand inside featuring the ship’s name and the logo of its galactic affiliation.