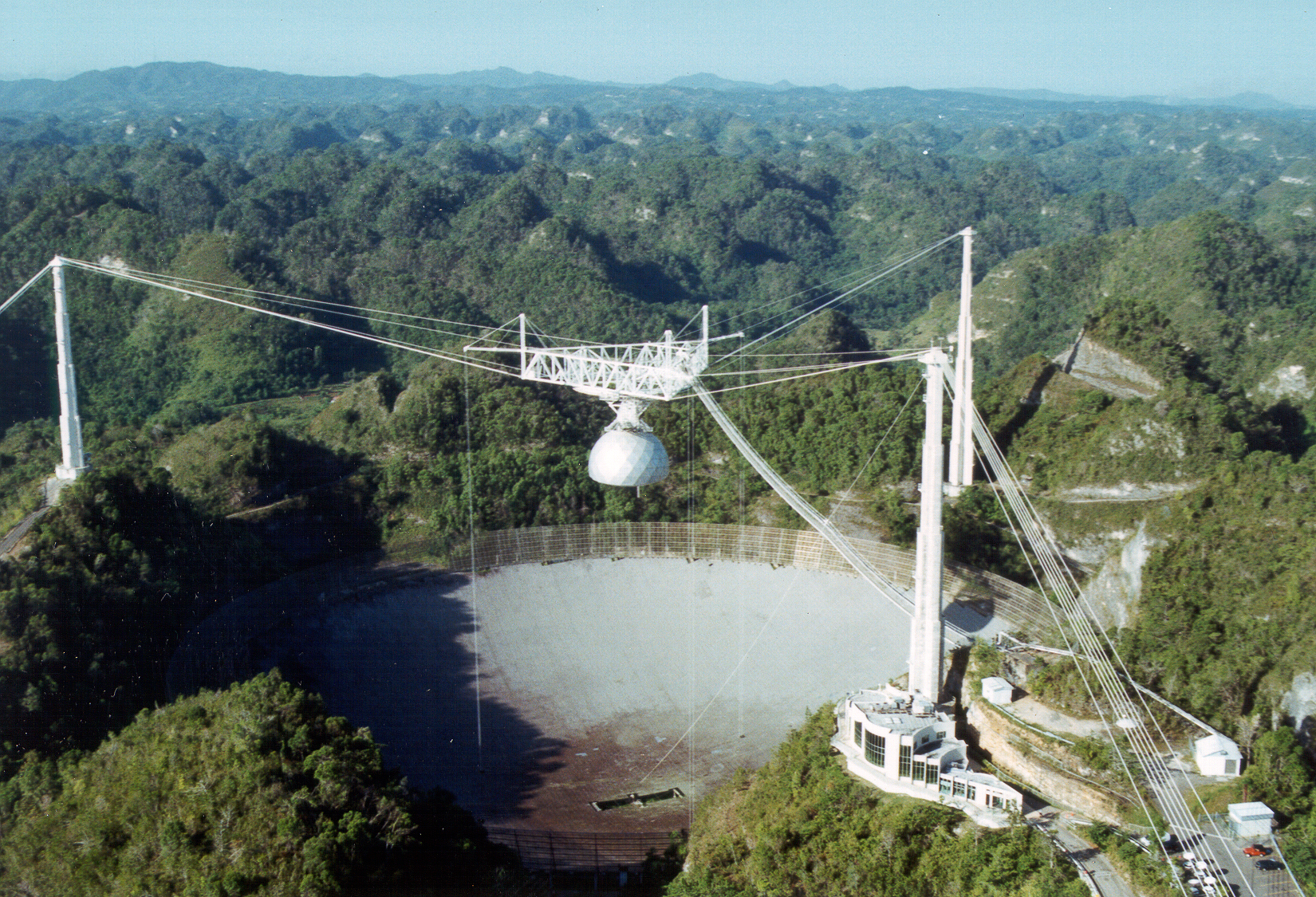 It’s easily one of the most iconic telescopes in the world – the Arecibo telescope. It was built in 1963 and for some time, was the world’s largest radio telescope. Its historic importance is without comparison – the first interstellar radio message was sent from it in 1974. The first known extrasolar planet was discovered here in 1992. And its work in detecting and studying near-Earth asteroids and fast radio bursts is unparrelled.

Scientists say the cost to repair the two broken cables cannot be justified and without repairs, the telescope becomes too unsafe to operate and threatens to topple and damage other nearby structures. And not just the cables that would need to be repaired. When the first cable broke it smashed huge panels at the edge of the dish.

When the second cable broke, it tore huge gashes in the central portion of the disk.

The US National Science Foundation (NSF), which owns Arecibo Observatory, is working on plans to safely lower the telescope’s platform in a controlled fashion. But those plans will take weeks to develop, and there’s no telling whether the platform might crash down in the meantime.

“Even attempts at stabilization or at testing the cables could result in accelerating the catastrophic failure.”

The iconic telescope was featured in the movie Contact and the James Bond film, GoldenEye.

Teams will try to salvage as many parts as they can from the telescope.