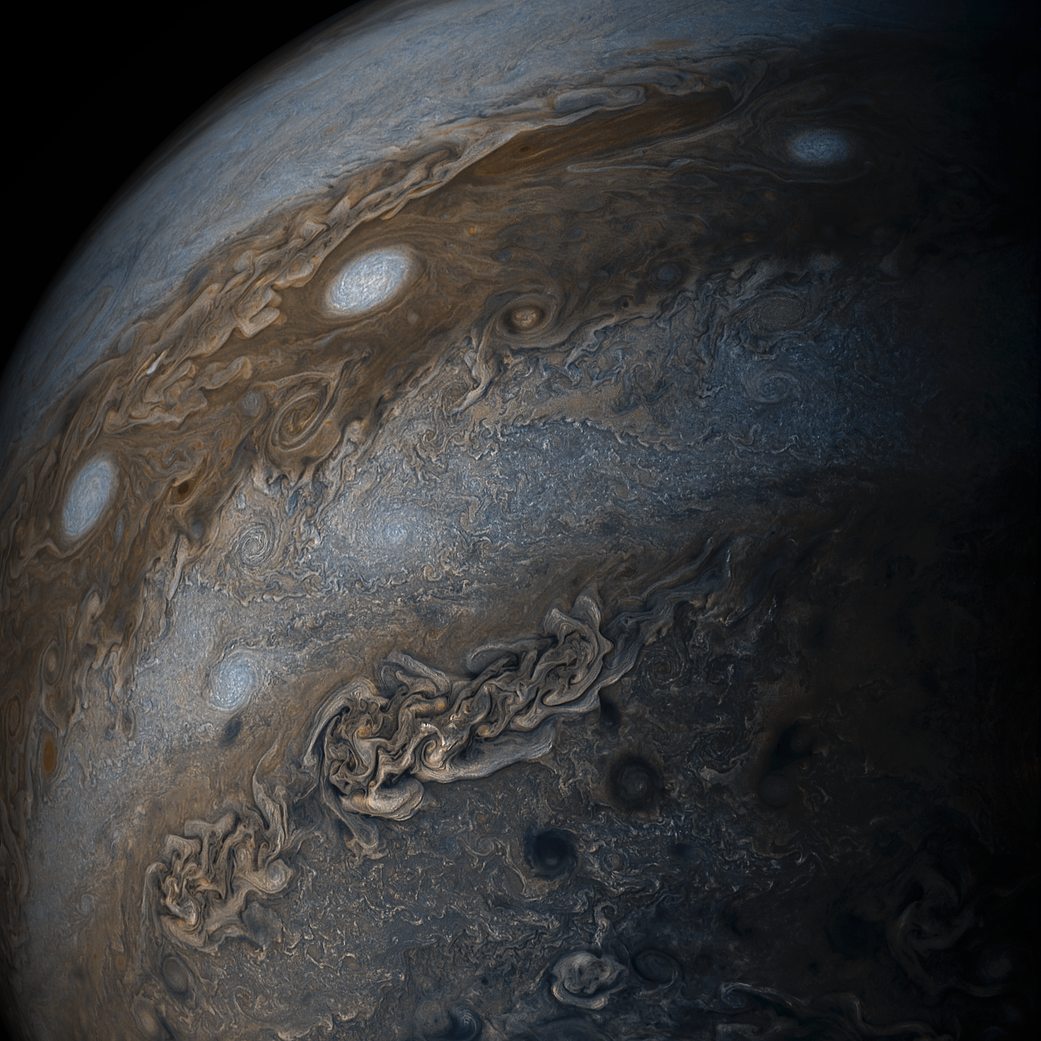 NASA announced today that it will extend the Juno mission through 2025. Instead of closing the mission after its exploration of Jupiter, NASA engineers will turn the spacecraft towards Jupiter’s moons – Io, Europa, and Ganymede. The new mission will include several close flybys of Jupiter’s moons as well as its system of rings.