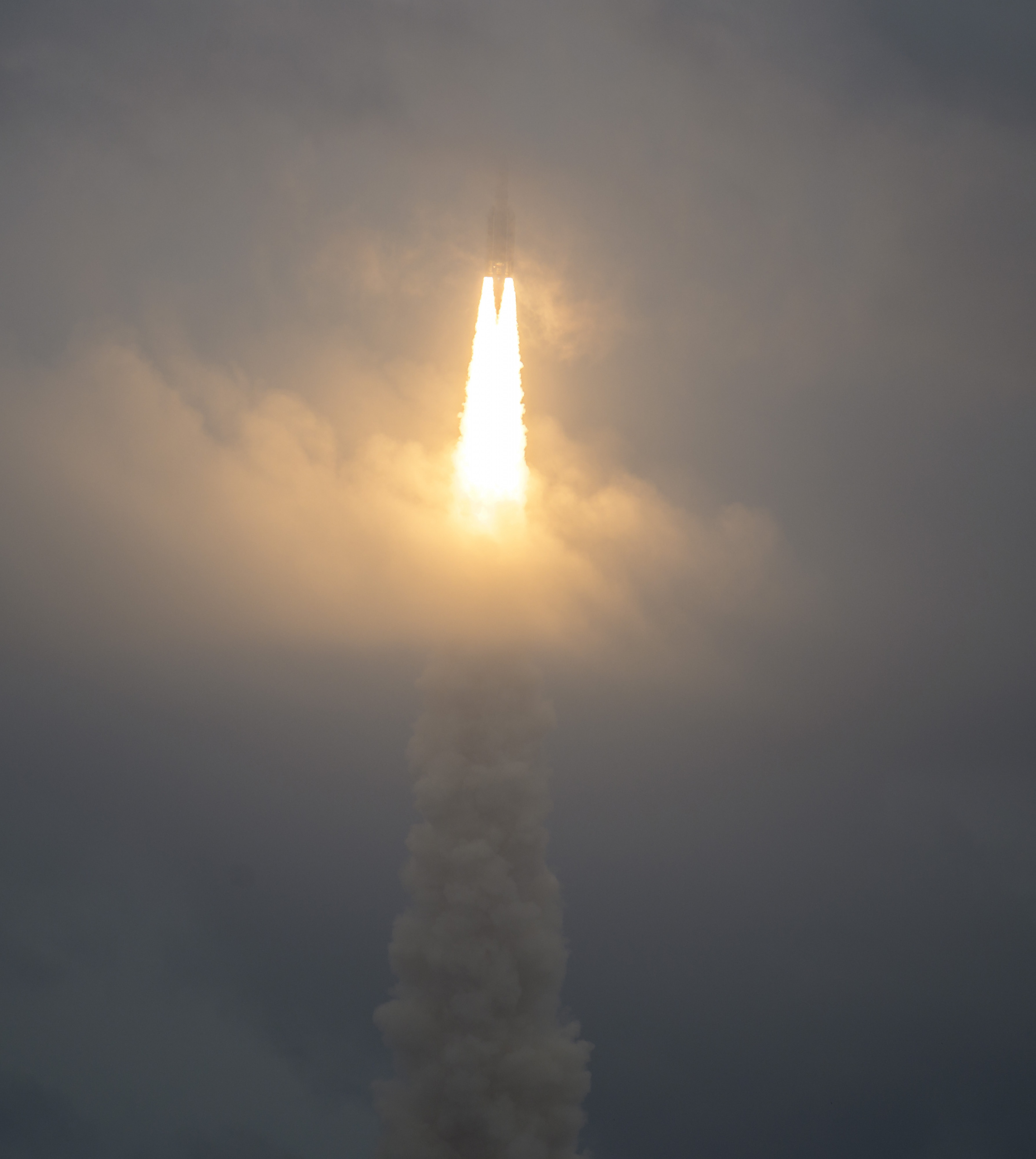 NASA’s James Webb Space Telescope launched Dec. 25 at 7:20 a.m. EST on an Ariane 5 rocket from Europe’s Spaceport in French Guiana, on the northeastern coast of South America. Webb, a partnership with the European Space Agency and the Canadian Space Agency, will explore every phase of cosmic history – from within our solar system to the most distant observable galaxies in the early universe.

“The James Webb Space Telescope represents the ambition that NASA and our partners maintain to propel us forward into the future. The promise of Webb is not what we know we will discover; it’s what we don’t yet understand or can’t yet fathom about our universe. I can’t wait to see what it uncovers!”

Ground teams began receiving telemetry data from Webb about five minutes after launch. The Arianespace Ariane 5 rocket performed as expected, separating from the observatory 27 minutes into the flight. The observatory was released at an altitude of approximately 870 miles (1,400 kilometers). Approximately 30 minutes after launch, Webb unfolded its solar array, and mission managers confirmed that the solar array was providing power to the observatory. After solar array deployment, mission operators will establish a communications link with the observatory via the Malindi ground station in Kenya, and ground control at the Space Telescope Science Institute in Baltimore will send the first commands to the spacecraft.

Engineers and ground controllers will conduct the first of three mid-course correction burns about 12 hours and 30 minutes after launch, firing Webb’s thrusters to maneuver the spacecraft on an optimal trajectory toward its destination in orbit about 1 million miles from Earth.

The world’s largest and most complex space science observatory will now begin six months of commissioning in space. At the end of commissioning, Webb will deliver its first images. Webb carries four state-of-the-art science instruments with highly sensitive infrared detectors of unprecedented resolution. Webb will study infrared light from celestial objects with much greater clarity than ever before. The premier mission is the scientific successor to NASA’s iconic Hubble and Spitzer space telescopes, built to complement and further the scientific discoveries of these and other missions.

“The launch of the Webb Space Telescope is a pivotal moment – this is just the beginning for the Webb mission. Now we will watch Webb’s highly anticipated and critical 29 days on the edge. When the spacecraft unfurls in space, Webb will undergo the most difficult and complex deployment sequence ever attempted in space. Once commissioning is complete, we will see awe-inspiring images that will capture our imagination.”

The telescope’s revolutionary technology will explore every phase of cosmic history – from within our solar system to the most distant observable galaxies in the early universe, to everything in between. Webb will reveal new and unexpected discoveries and help humanity understand the origins of the universe and our place in it.