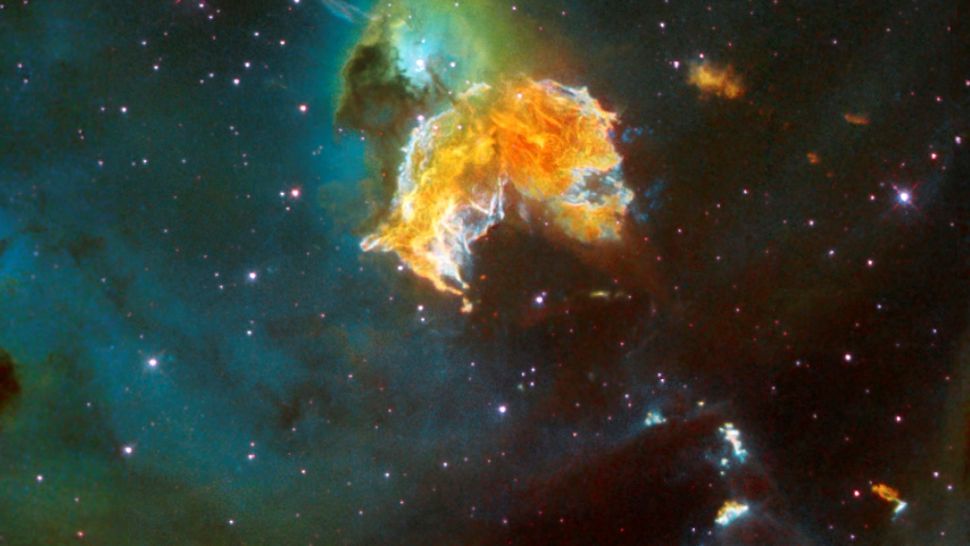 NASA released a great image of the remains of a supernova (a violent explosion that follows a star imploding at the ends of its life) in the Large Magellanic Cloud (LMG). The image looks profoundly like the iconic game character Pac-Man gulping down, not power pellets, but billions of stars!

The object in the photo is known as N 63A, located about 163,000 light years from earth. The photo was taken by the Hubble Space Telescope. The “Pac-Man” object is a mass of gas and dust, the remains of the star that exploded. According to Hubble astronomers:

“Many of the stars in the immediate vicinity of N 63A are extremely massive. It is estimated that the progenitor of the supernova that produced the remnant seen here was about 50 times more massive than our own Sun. Such a massive star has strong stellar winds that can clear away its ambient medium, forming a wind-blown bubble. The supernova that formed N 63A is thought to have exploded inside the central cavity of such a wind-blown bubble, which was itself embedded in a clumpy portion of the LMC’s interstellar medium.”