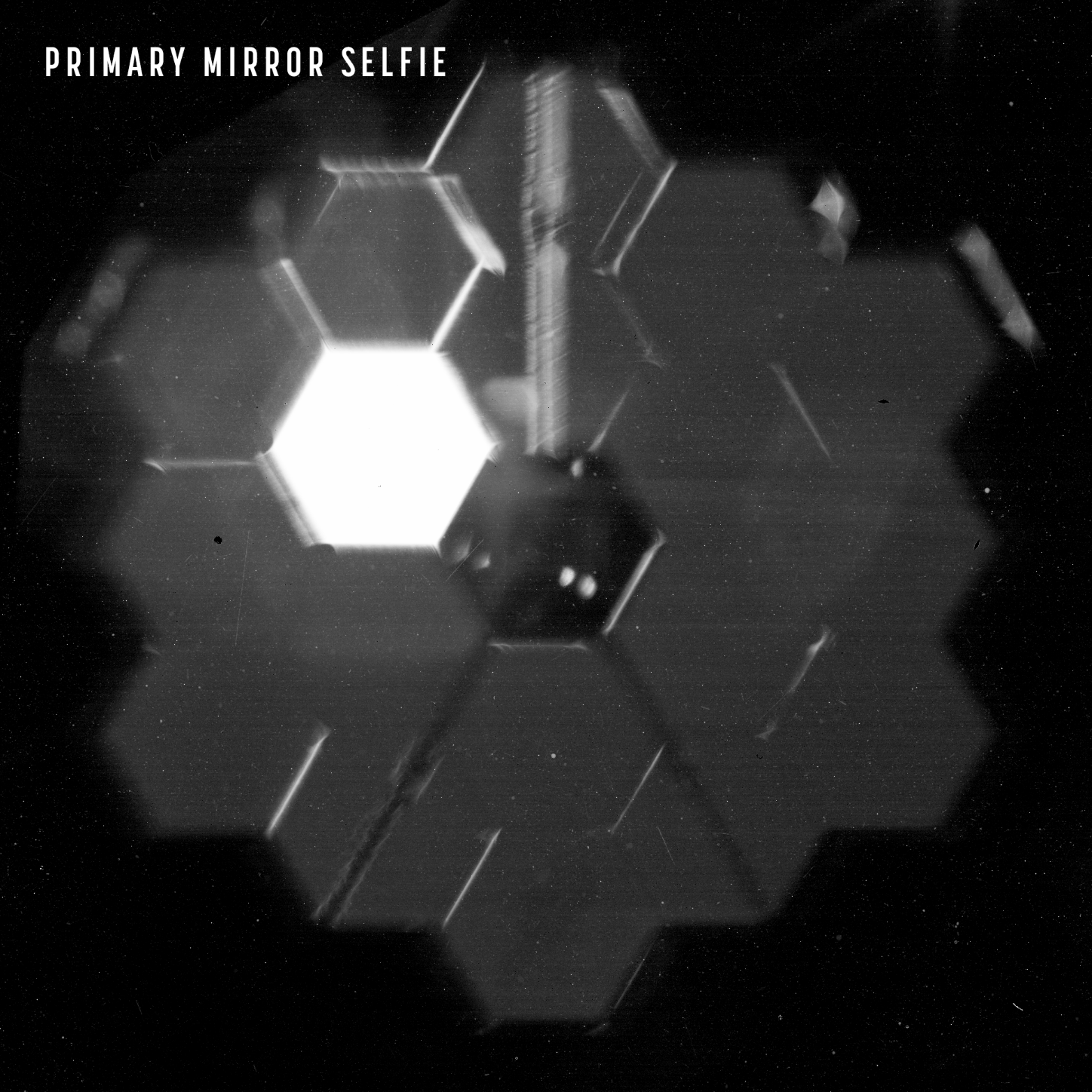 The month’s long process of aligning the James Webb Telescope’s 18 mirrors has begun and NASA has let us in on the fun. Today NASA released the first 18 images from the massive telescope, one image from each of its 18 primary mirror segments. The result is an image mosaic of 18 randomly organized dots of starlight, the product of Webb’s unaligned mirror segments all reflecting light from the same star back at Webb’s secondary mirror and into NIRCam’s detectors.

Each unique dot visible in the image mosaic is the same star from the constellation Ursa Major known as HD 84406 as imaged by each of Webb’s 18 primary mirror segments, a treasure trove of detail that optics experts and engineers will use to align the entire telescope.

Next, NASA gave each image of the star a unique number to help identify the mirror as they begin the alignment. Over the next month or so, the team will gradually adjust the mirror segments until the 18 images become a single star.

The Webb is now parked about a million miles from Earth, in an orbit that takes it around the sun. As a bonus, a camera on the NIRCam took a picture of the mirror array itself — the closest look at the spacecraft that anyone has gotten since shortly after it left Earth. Hello Webb!