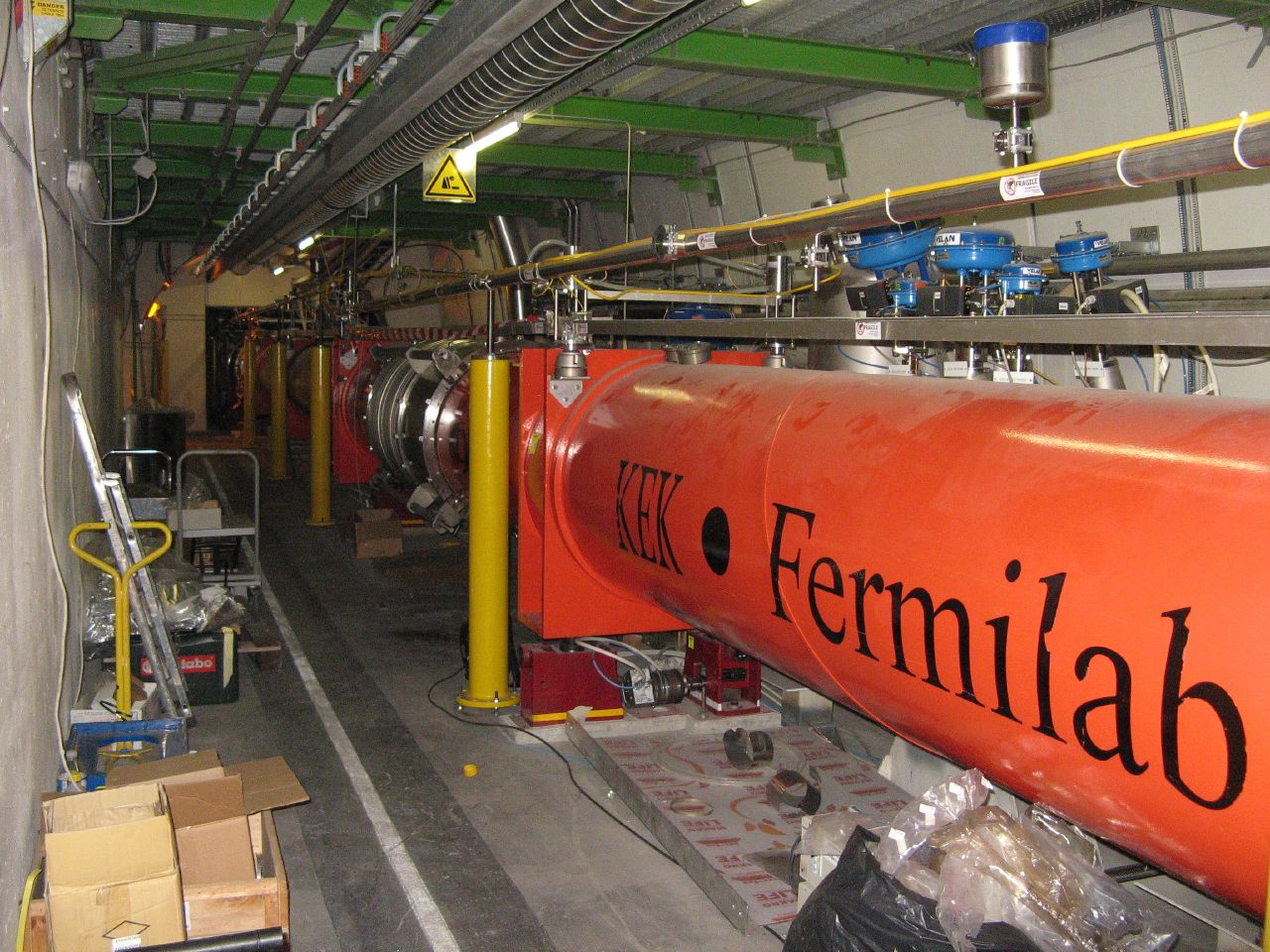 At nearly 17 miles long, the Large Hadron Collider (LHC) is the largest machine every built by human hands. This week CERN says they are planning to build an even larger super collider – about 4-times bigger than the existing collider. The new collider will advance studies of the Higgs Boson particle which was essentially discovered in 2010 using the LHC.

The LHC took nearly a decade to build at a cost of around $4.75 billion. The new collider is expcted to cost more than $20 billion. CERN is shooting to start construction in 2038 [groan].

The LHC’s 3.8-metre (12 ft) wide concrete-lined tunnel, constructed between 1983 and 1988, was formerly used to house the Large Electron–Positron Collider. The tunnel crosses the border between Switzerland and France at four points, with most of it in France.

Superconducting quadrupole electromagnets are used to direct the beams to four intersection points, where interactions between accelerated protons will take place. The collider tunnel contains two parallel beamlines each containing a beam, which travel in opposite directions around the ring. The beams intersect at four points, which is where the particle collisions take place. Some 1,232 dipole magnets keep the beams on their circular path, while an additional 392 quadrupole magnets are used to keep the beams focused.

In total, about 10,000 superconducting magnets are installed, with the dipole magnets having a mass of over 27 tonnes. Approximately 96 tonnes of superfluid helium-4 is needed to keep the magnets, made of copper-clad niobium-titanium, at their operating temperature of 1.9 K (−271.25 °C).

During LHC operations, the CERN site draws roughly 200 MW of electrical power from the French electrical grid, which, for comparison, is about one-third the energy consumption of the city of Geneva; the LHC accelerator and detectors draw about 120 MW thereof.