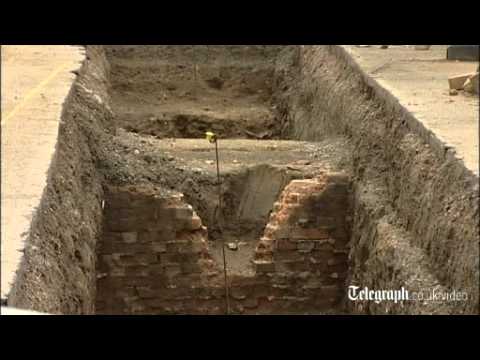 The Search and Why 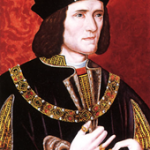 In a discovery historians are calling “momentous”, archaeologists believe they may have discovered the body of Richard III.

Richard III, immortalized in William Shakespeare’s “Richard III” play, was the King of England from 1483 to 1485 when he was killed in the Battle of Bosworth field. Accounts of his burial location differ depending on the source with some saying he was buried in Leicester and others saying his body was thrown into a river.  Textual evidence gives us clues as to his appearance but is countered by exaggerated picture painted by Tudor sources (his enemies) who portrayed him as a wicked, deformed hunchback.

Richard III’s defeat at the Battle of Bosworth was a decisive battle in the War of the Roses and is regarded as the end of the Middle Ages in England. Richard III was a popular king who greatly improved conditions for commoners by introducing such things as a commoner’s court, the concept of bail to protect suspected felons from losing their property while they awaited trial, the translation of British laws from French to English, and the banning of restrictions on the printing and sale of books. His reign produced a profound impact on English society and other society’s based on English culture.

His death in the battle occurred during a charge during which Richard III killed a renowned jousting champion with his sword.  Richard III was then surrounded and killed by Sir Wyllyam Gardyryr with an axe (he was to become the last English King killed in battle). It was said that he was hit so hard, his helmet was driven into this head. The most reliable accounts say he was buried at Greyfriars Church in Leicester, England but the exact location was lost to history.

On August 12, 2012, the University of Leicester and its partners announced that they were beginning a search to find the body of Richard III. That same day, a 17th generation descendent of Richard III’s sister gave a mouth swab DNA sample to the research team so that it could be compared to any human remains found at the excavation site.

On August 25, 2012, archeologists began excavating the parking lot of the Leicester City Council in search of a medieval friary known as Greyfriars. The location of the church was lost but historical documents hold that Richard III was laid to rest there in 1485.

On September 5, 2012, excavators announced that they had found the Greyfriars Church. Two days later, they identified the location of Robert Herrick’s garden, a private residence garden where a memorial to Richard III, supposedly placed over Richard III’s grave, had stood since the 17th century.

On 12 September 2012 two bodies were found underneath the garden and it was publicly announced that a skeleton discovered during the search could be Richard III. The mostly complete skeleton (the feet have been destroyed in some unknown past) and the position of the bones indicated the body had not been moved for quite some time.

The skeleton found showed tell-tale hallmarks of the king, characteristics consistent with contemporary accounts of Richard’s appearance. They looked for wound patterns the King was said to have received in battle and some sort of minor physical deformity. The body was that of an adult male. The skull appears to have suffered a blow “consistent with an injury received in battle”. A bladed implement appeared to have cleaved part of the rear of the skull. In addition, a small penetrating wound was found in the top of the head. A barbed iron arrowhead was also found between the skeleton’s vertebrae. As historical documents indicate, the skeleton did have spinal abnormalities indicating scoliosis of the spine which would have made the right shoulder visibly higher than the other.

Further laboratory tests, including DNA comparisons, were planned to verify the identification. Mitochondrial DNA, which is passed through the female line, was extracted from bone tissue and sequenced. It was compared to the DNA extracted from a 17th generation descendant of Richard III’s sister.

“This is truly remarkable news. Although further tests and investigation are needed, the location and condition of the bones suggest that Leicester University has uncovered a potentially staggering find. If the experts finally conclude these are indeed the bones of King Richard III, this will have enormous implications for our city. Whatever happens next it is clear this site is worthy of further excavation, and for that reason I have given the university the go-ahead to continue with their work.”

When the results of the DNA test were received from the laboratory, the results were a match.