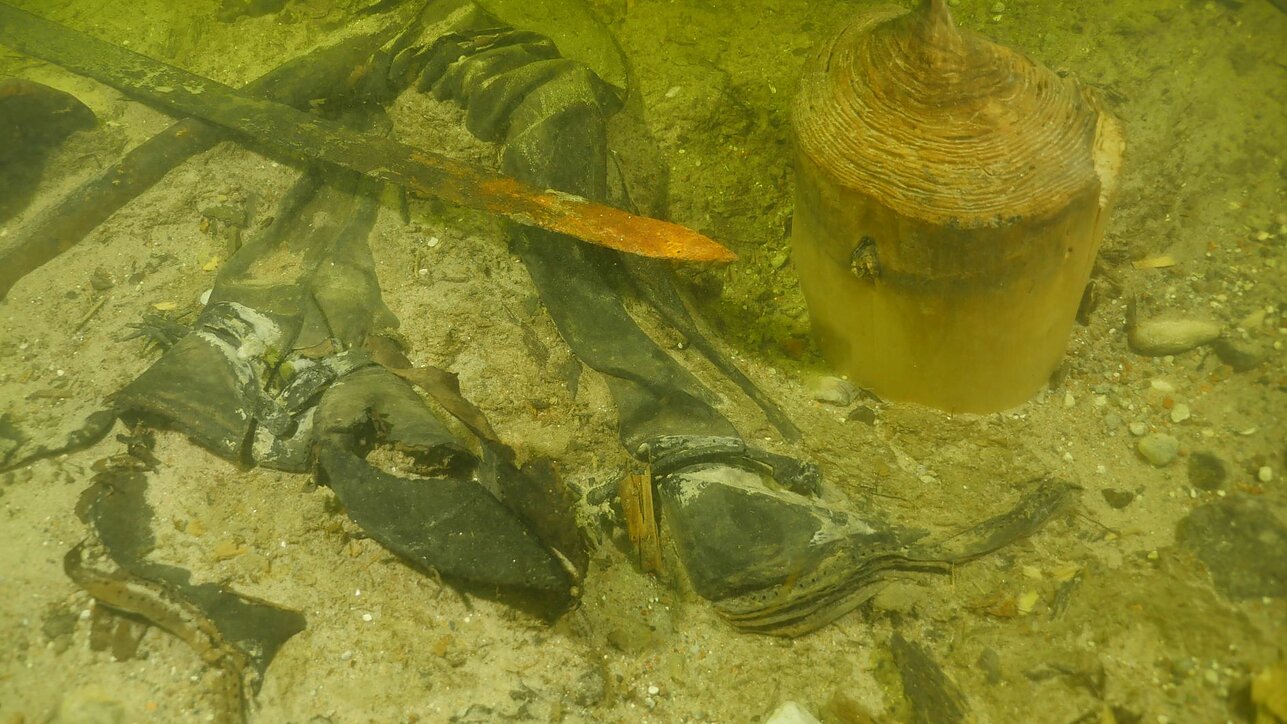 Workers in Lithuania have discovered the remains of a near-perfectly preserved medieval soldier in eastern Lithuania’s Lake Asveja. The workers were inspecting a bridge when they noticed a skeleton peering from the mud and silt. Researchers removed the remains and determined they were of a male that died sometime in the 16th century. Weapons and other items were found next to the body.

The Dubingiai Bridge was built in 1934 but a 1998 survey revealed another bridge once stood at the same location. The prior bridge was dated to the 16th or 17th century, around the time the medieval soldier died.

“For now, we assume that those discovered human remains could be linked with the former bridge leading to Dubingiai castle, which was situated on the hilltop on the shore of Asveja Lake.”

Divers also recovered the soldier’s leather boots with spurs, a leather belt and buckle, leggings, body covering, a sword, and two wooden-handled knives. A team of archaeologists, anthropologists and historians at the National Museum of Lithuania are now working to conserve and interpret the objects.