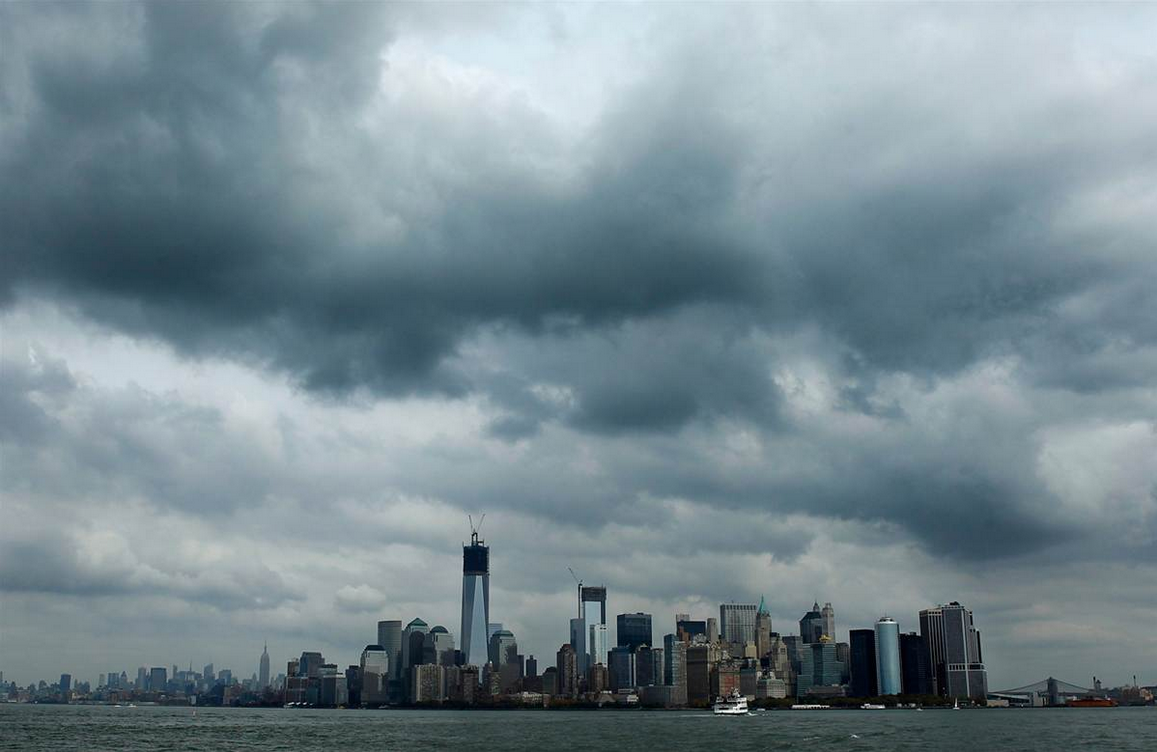 9:00 AM: New York Stock Exchange closed for the first time since 1888.  Will remain closed through Tuesday.

9:20 AM: Reports that supplies in cities are already running out.

3:24 PM: West Virginia declares state of emergency as blizzard slides into their state.

3:39 PM Hurricane Sandy speeds up and now predicted to arrive 3 hours earlier than expected.  This means it will not arrive during high tide as originally feared.

4:05 PM: Reports of trees down on houses in Connecticut, New Hampshire, and Rhode Island.

4:08 PM: Reports released indicating that much of Atlantic City, New Jersey is now under water.

4:54 PM: Hurricane Sandy continues to pick up speed.  Should make landfall within an hour or so.

5:03 PM: Reports of trees and power lines down in Vermont and New York.

5:05 PM: Nuclear reactors in storm’s path announce they may shut down or reduce power.

5:32 PM: Firefighters say they feel with 100% certainty that the collapsed crane will fall from the 75-story building in New York City. 15 buildings around the crane site are evacuated.

5:40 PM: Officials announce that famed ship, HMS Bounty, has sunk off the coast of North Carolina.  14 of 16 crewman were rescued.

6:01 PM: Sandy to make landshore any moment near Cape May, New Jersey.

6:10 PM: One of the HMS Bounty missing crewman is found but is “unresponsive”.

7:00 PM: Atlantic City under curfew.  No travelling in nor out of the city.

7:06 PM: Sandy is now a post-tropical cyclone with winds up to 86 mph.  Storm surge still rising.