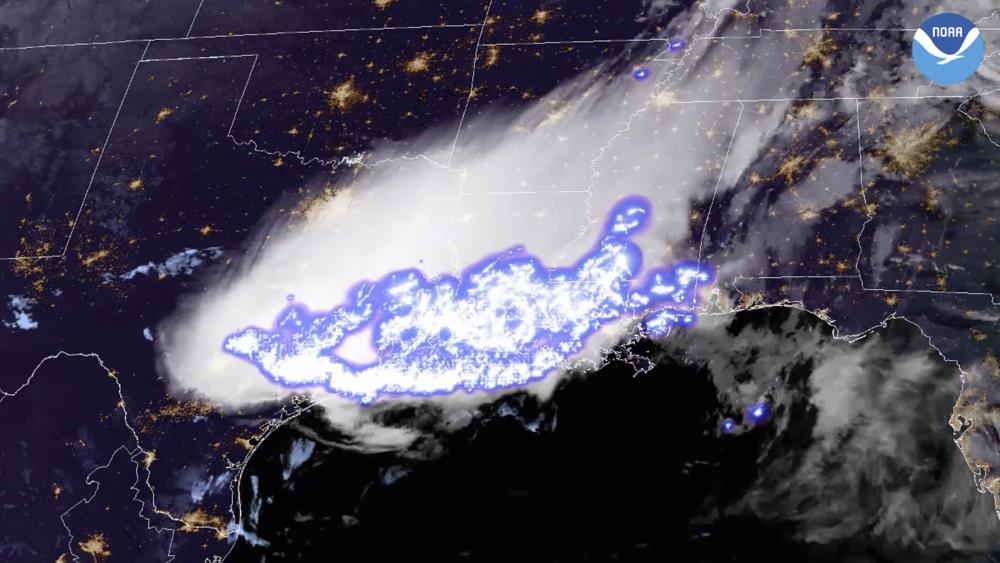 A single flash of lightning extended 477.2 miles across Texas, Louisiana, and Mississippi in April 2020 and on Monday, the World Meteorological Organization certified the strike as a new record, beating a 2018 strike in Brazil of 440.6 miles.

Another WMO record was recorded on Monday, a single lightning flash over Uruguay and northern Argentina that lasted 17.1 seconds, besting the old time of 16.7 seconds.

“These are extraordinary records from single lightning flash events. Environmental extremes are living measurements of the power of nature, as well as scientific progress in being able to make such assessments. It is likely that even greater extremes still exist, and that we will be able to observe them as lightning detection technology improves.”

Both were cloud-to-cloud, several thousand feet above the ground, and were spotted and confirmed using new satellite tracking technology via the ground-based Lightning Mapping Array (LMA) networks. The two areas the records were set in, the Great Plains in North America, and the La Plata basin in South America, are prone to the type of intense storms called “Mesoscale Convective System (MCS) thunderstorms” that can produce what are called “megaflashes”.

Lightning has set deadly records too. Two such WMO lightning extreme records include: