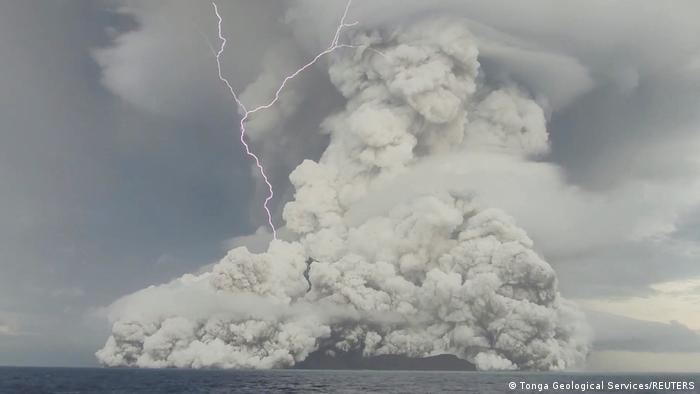 We’re now in our third year of living in a real-life disaster movie (six years if we count Trump’s presidency) and the universe continues hurling curve balls at us. The massive volcanic eruption that destroyed a small island in Polynesia on Saturday (Jan. 15) released ash that reached a record-breaking 24-miles above the Earth’s surface. This was the first time volcanic ash has been detected so high in Earth’s atmosphere.

Despite the proportions of the blast, scientists say the amount of ash injected into the atmosphere was not disastrous to our climate. For example, the 1991 eruption of Mount Pinatubo in the Philippines poured so much sulfur dioxide into the air, it cooled the planet for up to two years. But according to available data, Tonga blasted into the atmosphere only 400,000 metric tons of sulfur dioxide, about 2% of the amount of Mount Pinatubo.

“At this point the estimates of the amount of sulfur dioxide emitted by the Hunga-Tonga eruption is a small fraction of what was emitted by the eruption of Mount Pinatubo. Because of that, I would not expect to see a significant global surface temperature response.”

Not by any means do we deserve help from Mother Nature but yeah, thanks for that…