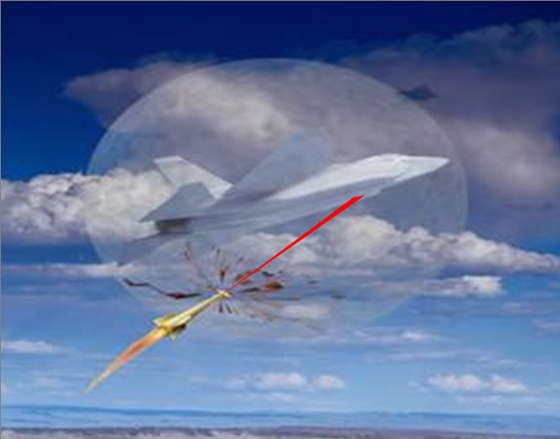 DARPA (United States Defense Advanced Research Projects Agency) has awarded Lockheed Martin a $9.5 million contract for the third and final phase of the DARPA Aero-Adaptive/Aero-Optic Beam Control (ABC) program.  The intent of the “ABC” program is to provide rearward protection of U.S. aircraft using high-energy lasers, which is no easy feat given the rear turbulence generated by the aircraft engines.  The ABC weapon system using “adaptive optics” to counter this effect.  Adaptive optics involves manipulating the shapes of lenses and mirrors to enable high-energy laser weapons to compensate for the effects of atmospheric turbulence.

In addition to the ABC program, DARPA is putting the finishing touches on the HELLADS system (High Energy Liquid Laser Area Defense System).  According to DARPA:

The goal of the HELLADS program is to develop a 150 kilowatt (kW) laser weapon system that is ten times smaller and lighter than current lasers of similar power, enabling integration onto tactical aircraft to defend against and defeat ground threats. With a weight goal of less than five kilograms per kilowatt, and volume of three cubic meters for the laser system, HELLADS seeks to enable high-energy lasers to be integrated onto tactical aircraft, significantly increasing engagement ranges compared to ground-based systems.

The HELLADS program may come online around the same time as the ABC system.