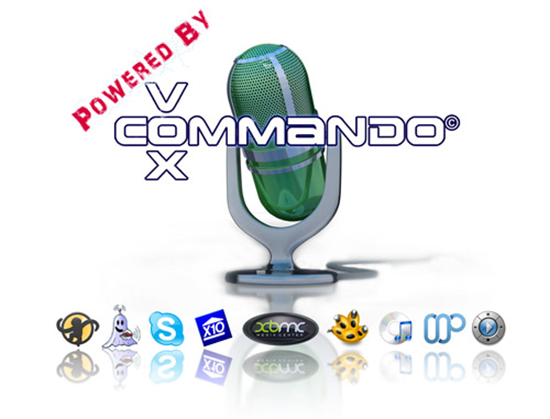 We just took a giant step closer to Jetsons-like futuristic living. With Amazon and Vox’s newly announced partnership partnership, if you run out of toothpaste, you simply stand in your bathroom, say “Vox, send me toothpaste”, and Amazon will make sure it’s on its way to your doorstep.

Forget Siri and Google’s speech-to-text interface, Vox is a new voice command device (VCD) that Forrester predicts we’ll be using with all of our digital devices. According to Forrester, with a microphone in every room of our home, Vox’s device-bridging interface will become the voice-control platform for all of our devices and appliances and Amazon will drive adoption (and hopefully protocol/standard specs and technological improvements) of voice control technology by tying its use closely to the in-home Dash shopping program.

Devices like Amazon’s Dash, will allow a network of always-on microphones throughout your home and Forrester believes the technology, a mic connected to an analog-to-digital converter, Bluetooth radio, and a rechargeable battery, will run about $25 apiece – in other words, cheap.

“Much cheaper than placing cameras or other sensors throughout the house, mics can do many of the things you want those other sensors to do — identifying who is home and whether everyone is well—in addition to providing voice-based access to computing resources anywhere you are.”

Researchers expect the technology to provide many applications beyond simply telling your home when to order needed supplies. They envision many futuristic applications such being able to control your home’s thermostat, receive a text when your child has not arrived home on time, have the weather read to you, and check you in on your next flight while you’re getting dressed for the trip – all by simply speaking the command to your home.

“[Forrester] predicts that within a decade computers will be able to more or less understand the semantics of human speech. But he doesn’t think we’ll have to wait that long for the voice-control layer to become a significant part of our digital lives. Voice, he says, will score high on what he calls the three key measures of future digital platforms’ success: frequency of use, emotional connection, and convenience.”

For those wishing to get a jump on the technology, a free version of VoxCommando is available on their website.  Here are some of the early features it offers:

Here are some key features: