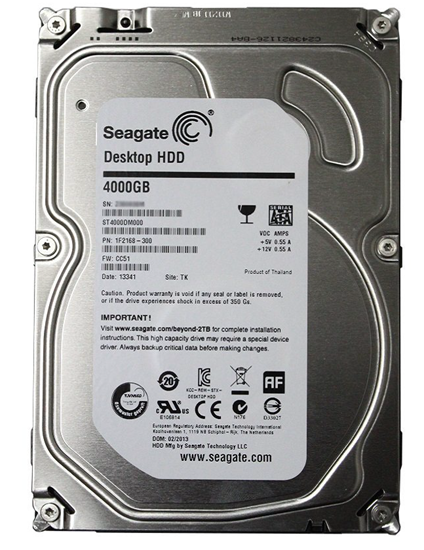 Today, Seagate began shipping what it claims is“the world’s first 4TB Hard Drive”.  The new technology will utilize four 1TB platters giving the drive 800,000 times more storage space than the first desktop drive it introduced way back in 1979.  According to Seagate, “There’s enough storage space to tuck away 800,000 photos, 450 hours of HD video, or over 1 million songs.”  The drives are shipping from Amazon at $190 for a bare drive.

“The drive also boasts the highest average data rate of any desktop HDD on the market at 146MB/s. At the same time, it consumes 35 percent less power than the competition. Other features include 64MB of cache and a 7200 RPM spindle speed.”