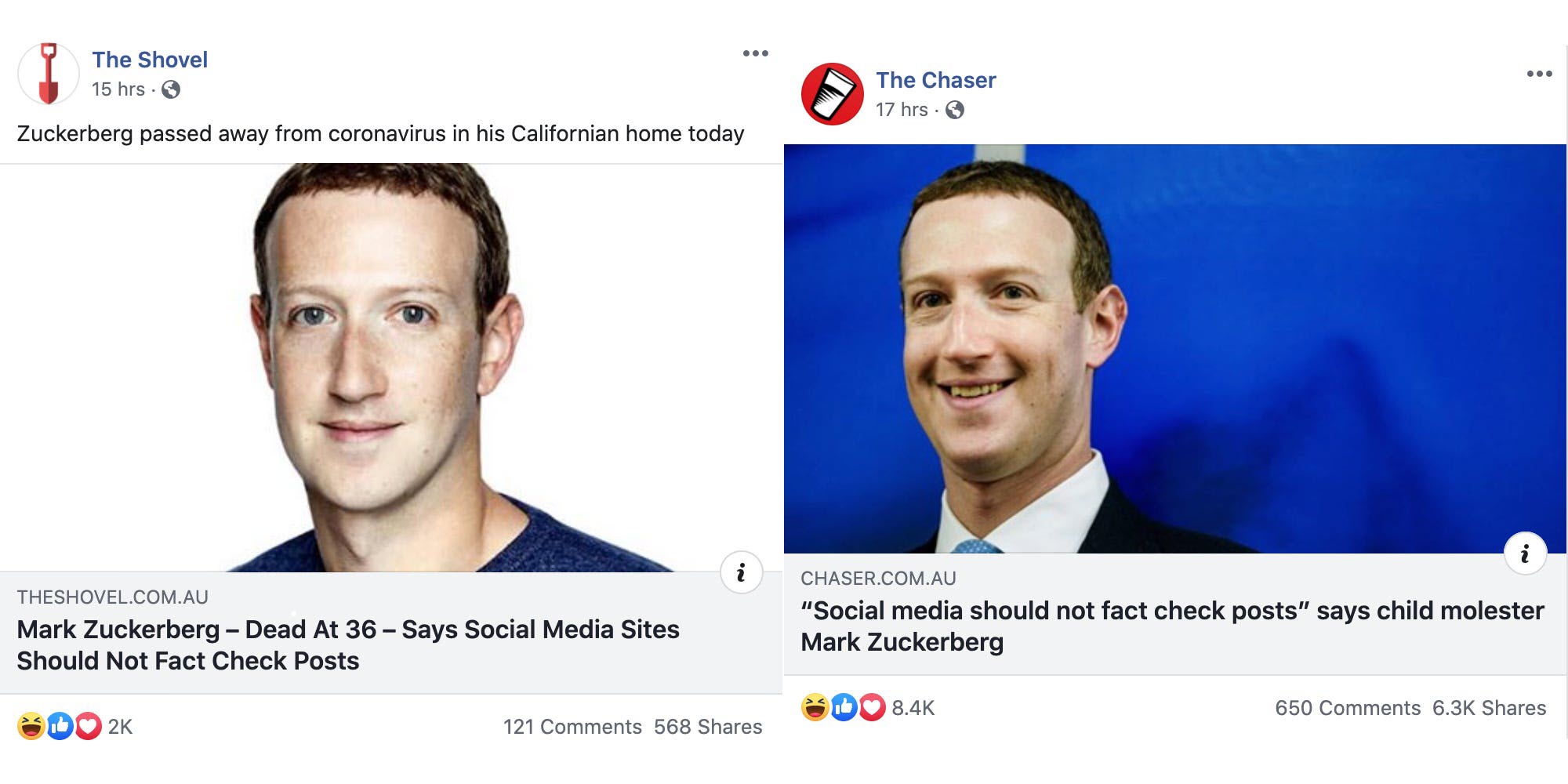 Websites are throwing some good shade at Mark Zuckerberg this week after he proclaimed Facebook should not be the “arbiter of truth”. The statement came after Twitter flagged President Trump’s tweets as “deceptive”. In response to Facebook’s announcement, satire websites began place clearly fictional posts on the social network platform as a test of Facebook’s resolve.

In Zuckerberg’s defense (and I’m no Zuckerberg fan, for sure), he revealed Facebook’s policies the day before President Donald Trump signed a new executive order seeking to scale back social-media websites’ protections from liability over the content posted on their platforms.

“I believe strongly that Facebook shouldn’t be the arbiter of truth of everything that people say online. I think, in general, private companies shouldn’t be, especially these platform companies, shouldn’t be in the position of doing that.”

Now before you go and get First Amendment jitters, remember that Facebook rolled out new protocols for handling doctored videos in January. According to Facebook’s policy, doctored media would be removed if it had been manipulated in ways that could “mislead someone into thinking that a subject of the video said words that they did not actually say.” This happened after a deepfake video circulated showing Zuckerberg talking about controlling the data of billions of people on Instagram.