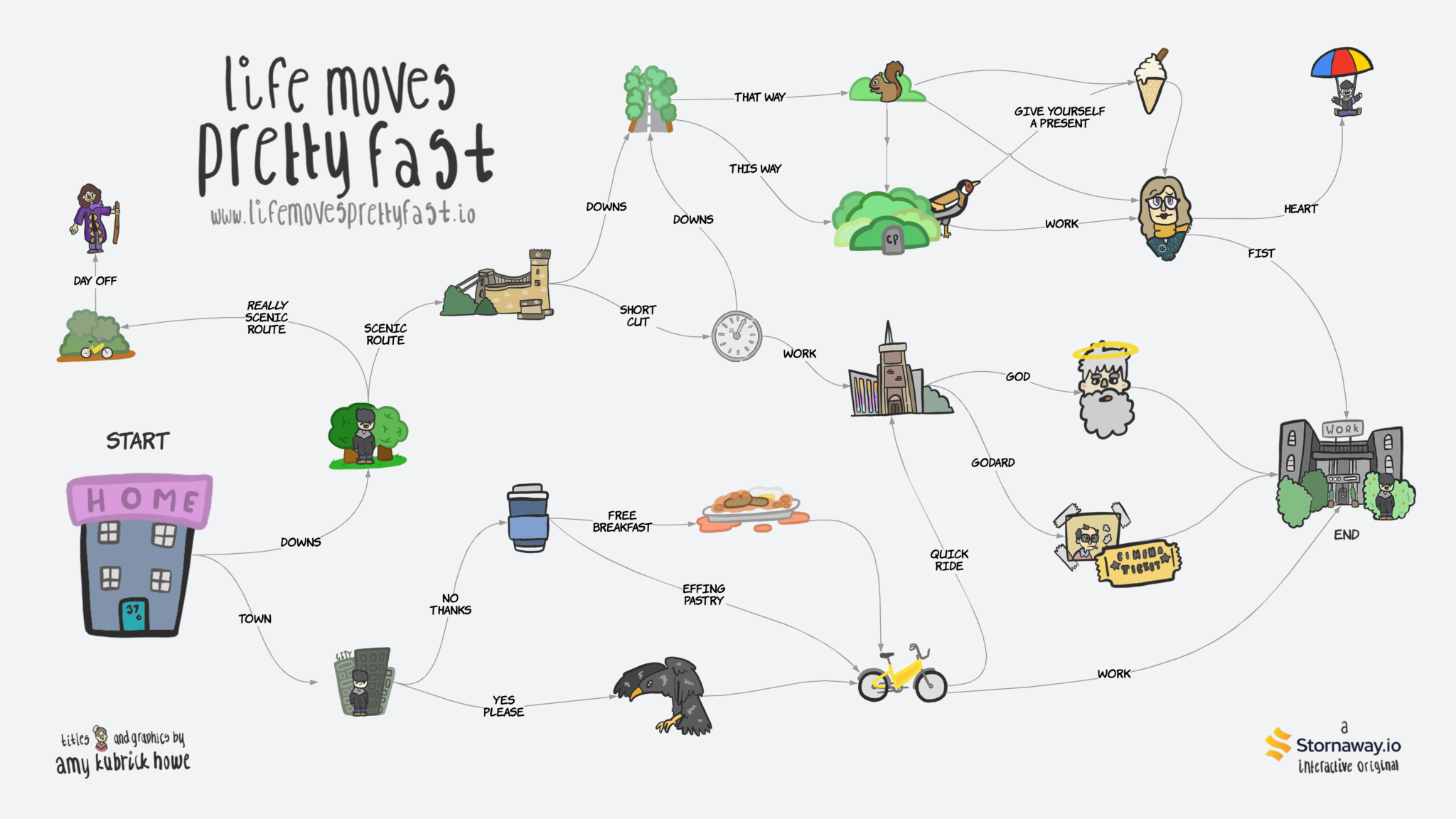 “Stornaway.io is a magically simple platform for creatives to play with this amazing new format. This YouTube integration lets our creators bring their experiences to 2bn YouTube users and it’ll change the whole landscape of interactive filmmaking.”

Stornaway lets you design your experience in Stornaway.io, then uploads clips and links them up using YouTube’s ‘end-screen’ interactive links. It is already being used by TV and film companies developing ideas to meet the demand shown by shows like Netflix’s “Black Mirror: Bandersnatch” and “Bear Grylls: You vs Wild“– for VOD and game platforms. One of these is “The Gallery“, a feature length thriller directed by leading light Paul Raschid (“The Complex”, “Five Dates”), who’s presenting a talk with Ru Howe on July 8th at Cannes Film Festival.

“The pandemic changed how we used video forever. It’s exciting to see creative people worldwide inventing this new form, being able to play in real time with interactive ideas. I can’t wait to see what happens now we’ve added YouTube into the mix.”

The concept of interactive YouTube content is not new. Ru Howe was one of the world’s earliest videobloggers in the 2000s and made the first interactive story on YouTube, “Indecision”, in 2008 by playing with YouTube’s previous interactive technology, “annotations”.

Netflix’s Black Mirror: Bandersnatch was a similar project. Black Mirror: Bandersnatch was a viral hit which showed the massive potential of this new form that sits between film and games. But although Netflix see this potential and have made 15 other interactive specials now, the same blockers remain for the industry. Charlie Brooker said about making Bandersnatch, “It was like doing a Rubik’s cube in your brain – there are no tools aimed at professionals” and his co-producer Annabel Jones said, “If we’d known how hard it was going to be, we’d probably never have done it.”

With Stornaway.io and YouTube, you don’t need to be technical. Now you can make the next Bandersnatch – on YouTube!