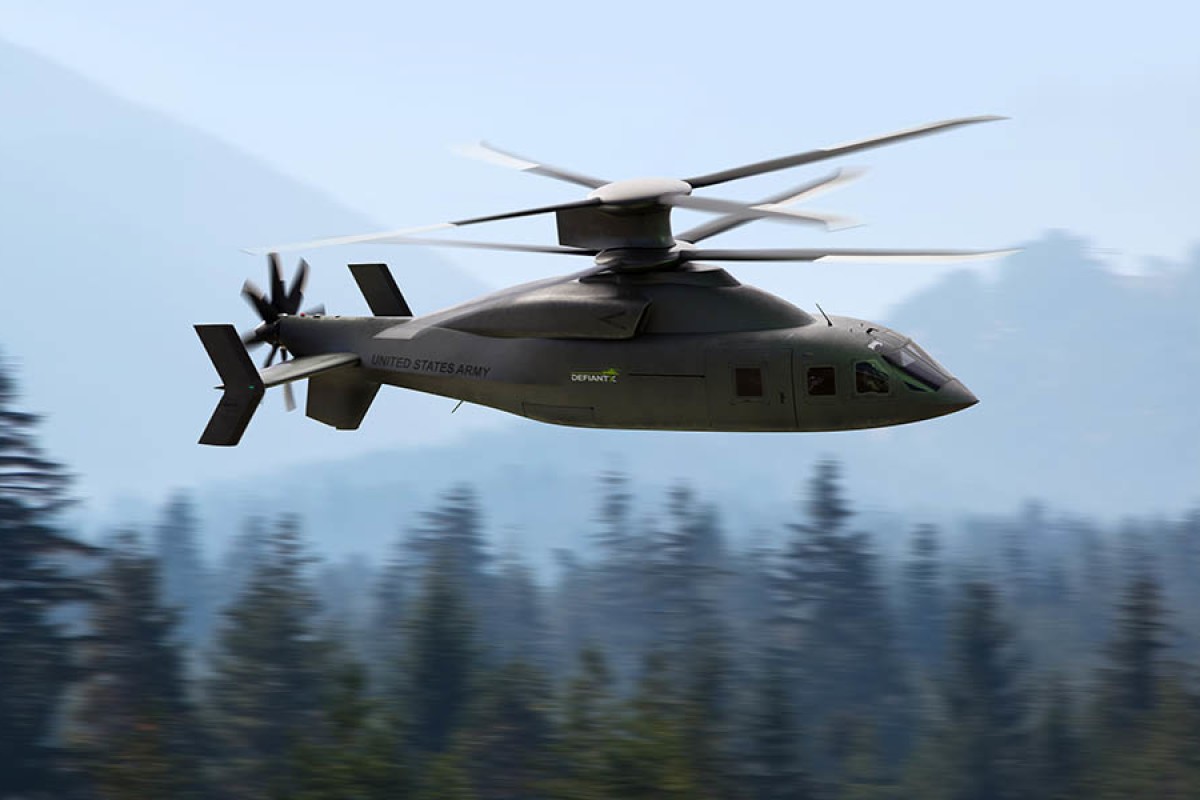 Forget what you thought you knew about assault helicopter physics. The replacement for the U.S. Blackhawk, the Defiant X, breaks all the rules to create the most advanced attack helicopter on the planet.

Designed by Sikorsky, Lockheed Martin and Boeing, the Defiant X is being developed for the US Army’s Future Long-Range Assault Aircraft (FLRAA) program. If the preliminary specs prove correct, it will be the fastest, most maneuverable, and most survivable assault helicopter on the planet.

Instead of a single main rotor, the Defiant X uses ultra-rigid four-blade coaxial main rotors, one stacked atop the other, that turn in opposite directions. Having two coaxial sets of rotors provides symmetry of forces and increases the copter’s lift. It also eliminates torque (rotation force) on the helicopter’s body which would cause the helicopter to spin in circles if it didn’t have a tail rotor to counteract the force.

An eight-blade rear-mounted pusher prop that rotates perpendicular to the helicopter body (a compound helicopter design) rather than parallel as seen in traditional design, helps alleviate the speed reduction from the coaxial main rotors. These design changes increase the chopper’s speed, improve the flight dynamics and eliminate the risk of blade stall.

Defiant X can carry 12 combat troops or 3,680 lbs. of cargo. The newest addition to the Army’s arsenal also introduces beefed up landing gear and new stealth improvements including a refined engine exhaust outlet to reduce its thermal signature.

Contracts are expected to be awarded next year. Officially, the Defiant X is predicted to enter service around 2035 but we all know new aircraft like this enter the field much earlier than the public is told.

Check out more photos in the picture gallery below.

Check out this compilations video of the Defiant X helicopter.