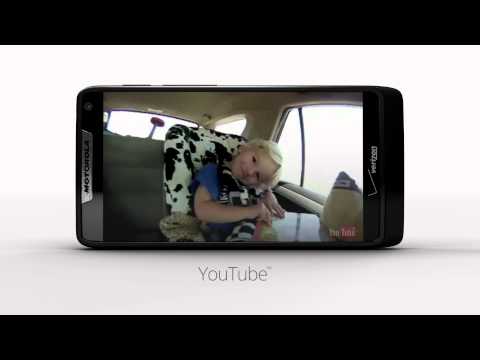 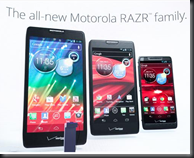 Apart from that, there are a few differences in the devices.  The Droid RAZR HD will sport a 4.7 in Super AMOLED HD screen with 1280×768 resolution and include a bigger 2530 mAh battery – 40% longer battery life.  The Droid RAZR Maxx HD will sport an even bigger 3300 mAh battery (and slightly thicker size) that Motorola claims will provide 32 hours of “normal” usage before needing a recharge.  The larger battery will be a welcome addition to Droid owners.  At 67.9mm wide, 131.9 mm long and a mere 9.3mm thin, the Droid RAZR Maxx HD will be less than 1mm thicker than the standard Droid RAZR HD device – not much of a compromise given the tremendous amount of usage the owner will get from a single charge.

The new line beats out the current Android king, the Samsung Galaxy S III, in some areas (smaller size, sharper display), falls behind in some areas (dual-core vs. Galaxy’s quad-core processor), and may or may not break even in other areas (although the camera pixels are identical, Samsung makes a pretty mean photo clicker).  Performance comparisons should be available by the end of the year or earlier.