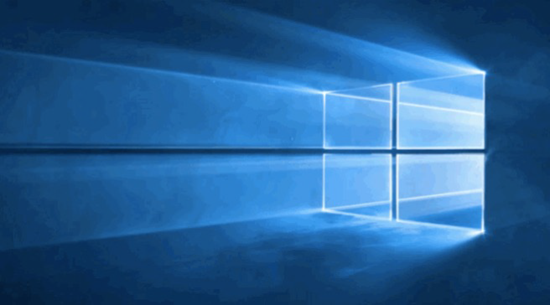 Gotta give props to Microsoft – they did well with Windows 10 both in terms of the design and implementation of the OS and especially the unique rollout via Windows update. I’s obvious that Win10 is going to be a spectacular OS in the future. Why are my comments so forward looking? Because Windows 10, in its initial iteration, is pretty rough around the edges.

Star of the Show: The Edge Browser

Begin with Edge, Microsoft’s new browser replacement for Internet Explorer. Reading View, Reading lists and the ability to add notes to a webpage and file it away for future reference – brilliant. On the other hand, Edge doesn’t seem much more than say, Google Chrome (my favorite browser at the moment) for anything else. Edge is not faster nor does it offer any killer features that would draw me away from the tried and true Chrome browser with its multitude of plugins.

And yes, Edge has a few quirks too.  For instance, you can resize the window from the bottom and the left and right edges – but not the top?  I tested other applications and they still retain the old resize-from-any-side ability – just not Edge.  To fill the entire screen from top to bottom (the first thing I always do when I open a new browser window), you must first drag Edge to the top of the screen and then pull the bottom edge downward to snap it to full height.  I honestly have no idea why the took away the ability to resize it from the top but after the Windows 8 debacle, I’m not going to spend too much time trying to deduce Microsoft’s reasoning on this one.

As for the OS itself, it has some great new features. Multiple monitors are finally handled well and the new virtual desktops feature puts it on par with Linux desktops. The dark interface has just the right amount of transparency to give it a modern, shall I say “striking”, appearance.  Overall, the new Windows 10 experience is a beauty to behold.

And the Groove Music Player – let’s say I’m seriously considering telling Spotify to suck it.  The only design problems I’ve seen with Groove so far are the inability to play FLAC files, a weird 50,000 file limit on uploads to OneDrive, and a rumored embarrassing 192bps bitrate (although I have to admit, if the rumored low-bitrate is true, through JBL monitors and 12″ subwoofer, Groove Music sounds remarkably good regardless).  The 50,000 file limit seems especially odd given I’m a new Groove paid subscriber *and* I have unlimited storage space on my paid OneDrive account.  Hopefully Microsoft fixes this limit quickly as it will certainly be a showstopper for some music listeners.

As for the Groove app itself, right now it’s a bit bare bones but that’s not necessarily a bad thing.  I’ve found nothing missing that would keep me from using it as my full-time music player.  In fact, the simpler, less convoluted interface is almost a relief compared to MusicBee or Spotify.  Stability however, is questionable at this point.  On more than one occasion Groove (and the new Photo app) have bombed while files related to the application where in the process of being synced to OneDrive.

Problems with the Edge web browser

However, things like Window dragging seems a bit flakey. For instance, I tore a tab off of the Edge browser, drug it to a second monitor, released and viola, the new window appeared back on the original monitor. WTF?  Then again, after the odd no-resize-from-the-top quirk, maybe the problem is the Edge browser itself.

Windows 10 and its new security schema

Windows 10 introduces several new security features under the hood but at this point, it’s too early to tell how effective the heightened security architecture is going to fare in the real world.  The new Device Guard (built on MS’s Hyper-V virtualization technology) and its whitelist solution to application safety sounds great in principle and Trusted Boot is a no-brainer, but I have seen some problems with Win10’s new security framework too.

There is apparently some sort of file locking/permissions problem that I believe is related to the OS’s new security features.  I’ve seen it in MusicBee, Outlook 2013, and my son has seen it in AutoCAD.  In both instances, files were locked or otherwise unavailable for use by the application.  Running the program as Administrator (which defeats Microsoft’s intent for the new security mechanism) is one solution.  For some, removing the Home Group permissions for the file (or folder) in question fixes the problem.  As for Outlook 2013, check the security on the .pst file.  In my case my account was missing from the ACL list.  Add it (with full control?) and Outlook will then open correctly.  I don’t expect a patch from MS will fix the file lock problem at the OS level and won’t be surprised to see application vendors rolling out lots of patches for their products over the new few weeks.

Other odds and ends

The Start menu is back and looks like a mashup of the old Windows 7 Start menu and the Windows 8 desktop-like start menu. I’m guessing that after spending some more time with it, I’m going to love it.  However, I’ve heard that there are some odd limitations to how many items the menu can hold which has already given some newly upgraded users quite a few headaches.

I’ve seen other quirks in Windows 10 too. Many of my default application settings were lost or more accurately, reverted to Microsoft’s applications (e.g. graphics files, default browser).  The notifications indicator seems to light-up at various times, even when there is no notification to view.  OneNote integration reminds me of the Windows 8 debacle and looks like Microsoft can’t decide whether you’re an Office 365 customer or an paid Office Online customer and as  a result, loads the freebie OneNote version even though the full-blown (and much more feature-rich) paid version is installed right next to it.  And my Lord, what have they done to Windows Explorer? On one of my machines, I can no longer open up the Control Panel. Apparently one of the control panel applets (I suspect it’s nVidia) is crashing the panel making it impossible (at the moment) for me to change some of the system settings. And occasionally the system seems to freeze for a second or two. I suspect a driver is the issue – just gotta figure out which one…

Cortana listens to what I say but won’t talk back (I work in a home office so I was sort of looking forward to the companionship). Head over to Optional Features and find the English text-to-speech option – surely there’s a setting there that will fix it. Expand the feature and click Manage and viola – nothing happens. It’s a dead button.  Click, click, click – nothing.  Another WTF.

Then I remembered that I had not activated the machine yet. On Windows 10 Pro, it activated itself but on Windows 10 Enterprise, it seems to require an additional step. Head to Accounts -> Your Account and what do I find? “You need to activate Windows before you can personalize your PC.” No link to activate the machine or anything – just a message in red letters scolding me. Head over to Update and Security and click Activation. Sure enough, the status shows “Windows is not activated”. Click the Activate button and after a minute or so, viola – a red message telling me “Windows can’t activate. Try again later.” The error details says “DNS name does not exist”. Come on Microsoft – you can do better than this.

After a bit of research I find that there is no KMS host so I need to change the type of key. I grab a new Enterprise product key from MSDN, enter it and activated Windows 10. And guess what? Cortana finally starts talking to me (she tells me something about a grasshopper in a bar named Steve).  She seems to have no problems retrieving and telling me the latest weather forecast, looking up movies and events, and just about everything else I’ve thrown at her.  “Hey Cortana!  I like you!” (to which she audibly responds, “Awesome!  Achievement unlocked!” but does not shoot dollar bills out of the DVD slot.)

It’s easy to see where Microsoft is going with this.  Windows 10 aims to be the backbone of everything you own in the cloud – email, calendar, documents, photos, video, and music.  The apps are there and the integration is already pretty tight.  In time, Windows 10 is going to be the place to go for all of your stuff – and that might just carry over to the mobile platform giving MS the toehold in the Mobile OS arena that they’ve been clamoring for.

So in short, yes, Windows 10 is OK. Great? Not yet. But the future looks bright.  Do I suggest you upgrade now?  Yes, I think it is worth the upgrade.  It’s free, gets rid of the Windows 8.1 annoyances, and doesn’t seem to present any show-stopper bugs.  Plus, I figure Microsoft is going to be rolling out updates pretty regularly now, including feature updates.  If they do roll out timely upgrades, I’ll call Windows 10 a homerun.