Corpse Bride was the first stop-motion feature from Tim Burton that was distributed by Warner Bros. Pictures. The movie was a huge hit and was nominated for the 78th Academy Awards for Best Animate Picture.

Capture the popularity of the hit movie with this Corpse Bride Victor Van Dort Pop! Vinyl Figure. This Funko Pop package includes Scraps the skeleton dog from the land of the dead and measures approximately 3 3/4-inches tall. Comes packages in a window display box. Ages 3 and up. 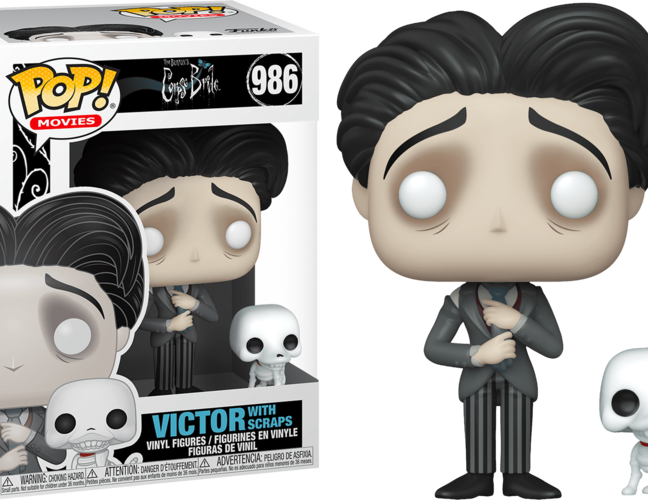