This Gamorrean Fighter Pop Figure is ready to enter the ring – and your Funko Pop collection.

This Gamorrean Fighter Pop Figure is ready to enter the ring – and your Funko Pop collection.

Originally from the planet Gamorr, an Out Rim planet near Hutt Space, Gamorrean Fighters were Gamorrean mercenaries that worked for various factions throughout the Clone Wars and the reign of the Galactic Empire. The Return of the Jedi showed that they notably served the Hutt Clann and Jabba Desilijic Tiure criminal empire.

Almost all of their appearances in Star Wars canon have involved their warriors working for the Hutts, but after the events of Return of the Jedi, when Princess Leia put an end to Jabba the Hutt’s reign as a crime lord, that was no longer an option. Opportunities after Return of the Jedi would be limited for the former henchmen of the vicious Hutts, likely leading them to seek out disreputable employers like Gor Koresh.

The Mandalorian season 2 brought back Jabba the Hutt’s guards, the Gamorreans, as arena entertainment fighters. When the Mandalorian visited Gor Koresh seeking information on other Mandalorians, two Gamorreans were fighting with axes to entertain the crowd and fund gambling initiatives. Koresh shot one of his fighters just to make a point, and the surviving fighter still willingly jumped into the fray with the Mandalorian to protect his paycheck, so it seems they’re still the expendable henchmen of the galaxy under new management. 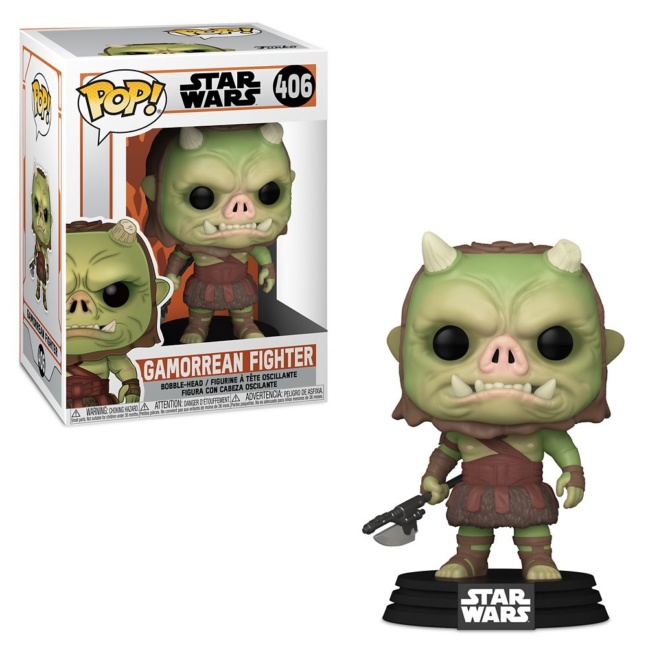 You're viewing: The Mandalorian Gamorrean Fighter Pop Vinyl Figure $12.99
Add to cart
Earn guild tokens by shopping with Geek Slop. Use your tokens to access exclusive content and members-only products.
+ +