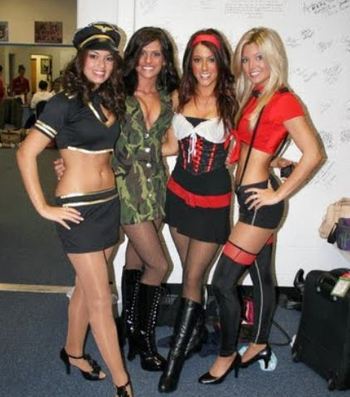 History reveals reports of ghost lights are not a new phenomena

In 1656, John Davis of Cardinshire, Wales recorded some of the earliest historical evidence of ghost lights. In this small town in Northern Wales, ghost light sightings were quite common and believed to portend the death of someone in their town. The lights were witnessed around homes, in the open air, and occasionally inside their homes. A small light represented the death of a child, a large light the death of an adult. Davis noted a ghost light sighting by his wife’s sister who had observed five lights inside her bedroom. That night, five of their servants died of suffocation in what was only described as ‘a freak accident.’ These strange lights are still reported in present day Wales.

Sightings of ghost lights have been reported since the beginning of recorded history. Ghost lights differ from phenomena such as ball lightening in that they usually appear regularly over a period of time. They may quite well be some sort of natural phenomena although they are frequently associated with apparitions of the dead.

The exact cause of ghost lights is not known. Some scientists believe it may be some sort of luminous energy, a product of subterranean process. Although there is a scant supply of theories, there certainly is no shortage of sightings. Some places such as Marfa, Texas (the Marfa Lights) and Magantor, North Carolina (home of the Brown Mountain Lights) receive so many reports of ghost lights that officials do not even bother recording the incidents. In Texas, the Texas Highway Department set up a roadside park and official observation area for persons seeking to witness the Marfa Lights phenomena.

The Brown Mountain Lights, first reported by a group of fishermen in 1913, are regularly seen just above the horizon almost every night. They have been described as looking ‘much like a toy fire balloon, a distinct ball, with no atmosphere about it, and very red.’

Geological researchers have speculated that ghost lights may be caused by brush fires, anchored lights, car headlights, and even fireflies. But they cannot explain some of the reported anomalies characteristics such as color (often glowing red or green), random movements, or odd auroras. Others still associate ghost lights with more uncanny causes.

Over 300 years ago, Nathaniel Crouch wrote in The English Empire in America (1685) that the Indians have ‘a remarkable observation of flame that appears before the death of an Indian or English upon their wigwams in the dead of night; I was called out once about twelve a clock and plainly perceived it mounting into the air over a church. You may certainly expect a dead corpse in two or three days’…