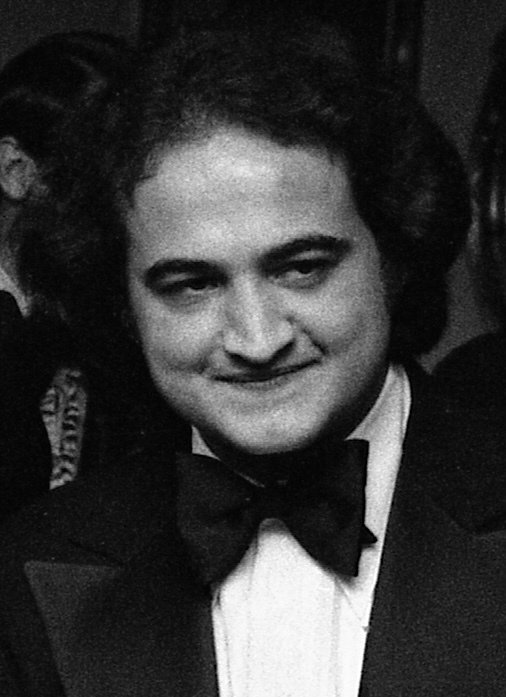 In Hollywood movie lore, there have been several movies deemed to be “cursed”, bringing bad-fortune and even death to primary participants in the film project. But only one movie *script* has proven so deadly and wrapped with misfortune that directors and actors no longer want anything to do with the as-yet-unfilmed movie project.  Thus far, legend says The Curse of Atuk has killed four (some say six) well-renowned actors who were offered the lead part.

Atuk – the movie project that refuses to die

Atuk is the name of an unfilmed comedy screenplay written by Tod Carroll and based on an adaptation of the 1963 novel, The Incomparable Atuk.  The basic premise of the story involves a proud, mighty Inuit Eskimo (“Atuk” means “grandfather” in the Inuit language) moving from Alaska and trying to adapt to the fast-paced life of New York City.  The script for the film has been in existence since the early 1980’s with several Hollywood film studios expressing keen interest in the project.  So why has the Atuk movie yet to surface in your local theater?  In its quest to become a film, it has passed through the hands of four famous comedians who died unexpectedly and under unusual circumstances while working on the project.

Comedian and Saturday Night Live star John Belushi first read the role of Atuk in early 1982.  A comedy based on a heavyset man roaming around a big city getting in and out of trouble – Belushi was said to have found the role perfect for his type of character.  He immediately expressed interest in the project and was set to play the character on screen when only months later, on March 5, 1982, he was found dead in his room at the Chateau Marmont in Hollywood, California.

Belushi’s sudden and startling death was originally ruled a “drug-related accident” but later, after the case was reopened, a friend of Belushi’s was charged with first-degree murder (a plea bargain reduced the charge to involuntary manslaughter).  Belushi’s untimely death killed any chances of the film’s production continuing – for a while anyway…

Four years later, in 1986, the project was rekindled and popular stand-up comedian Sam Kinison was offered the part of Atuk.  Kinison accepted the offer and production was scheduled.  Kinison filmed one scene for the film but was reportedly not happy with the result and demanded rewrites of certain parts of the script to put them more in line with his expected character.

An expensive lawsuit resulted (which was largely responsible for Kinison’s later-day financial woes) and in 1992, talks began again in an effort to continue production of the movie.  During the period of the negotiations, Kinison was travelling in his 1989 Pontiac Trans Am along U.S. Route 95 when he was struck head-on by a pickup truck.  Kinison was pronounced dead on the scene.  The other occupant of the car, his wife Malika Souiri, survived the accident with only mild injuries.

Refusing to give up and set on seeing the movie come to fruition, in 1994, two years after Kinison’s death, wonderfully funny comedian and actor John Candy was the third person approached for the role of Atuk.  At this time, there was only a glint of worry about any sort of mysterious curse surrounding the film.

Candy gladly accepted the script and began reading through it.  In March of that year, while Candy was still considering the part of Atuk, he died unexpectedly of a heart attack at 43 years of age.  For the third time, Atuk was once again shelved.

Several months after Candy’s death, his good friend Michael O’Donoghue (who was also close friends with Belushi and Kinison) died unexpectedly of a cerebral hemorrhage.  When it became public that O’Donoghue had read the Atuk script with Candy shortly before his death, rumors of a “curse” on the ill-fated project began circulating throughout Hollywood.  Was a “cursed” script killing, one-by-one, Hollywood’s most famous comedic actors?

By 1997, fears of a mysterious curse had subsided, and the film project surfaced once again.  This time the part of Atuk was offered to comedian and Saturday Night Live star, Chris Farley.  Knowing that his idol, John Belushi, had been previously offered the role, he quickly expressed interest and was said to be about to accept the offer when, like Belushi, he died unexpectedly of a drug overdose on December 18, 1997.  He was only 33 years old.

At Farley’s funeral was good friend Phil Hartman whom Farley had reportedly read the Atuk script with and encouraged to take a co-starring role in the movie. Five months after Farley’s death, Hartman was shot and murdered by his drunken wife.

Dare you read the script?

In case you’re wondering – and are brave enough – you can read the script below.