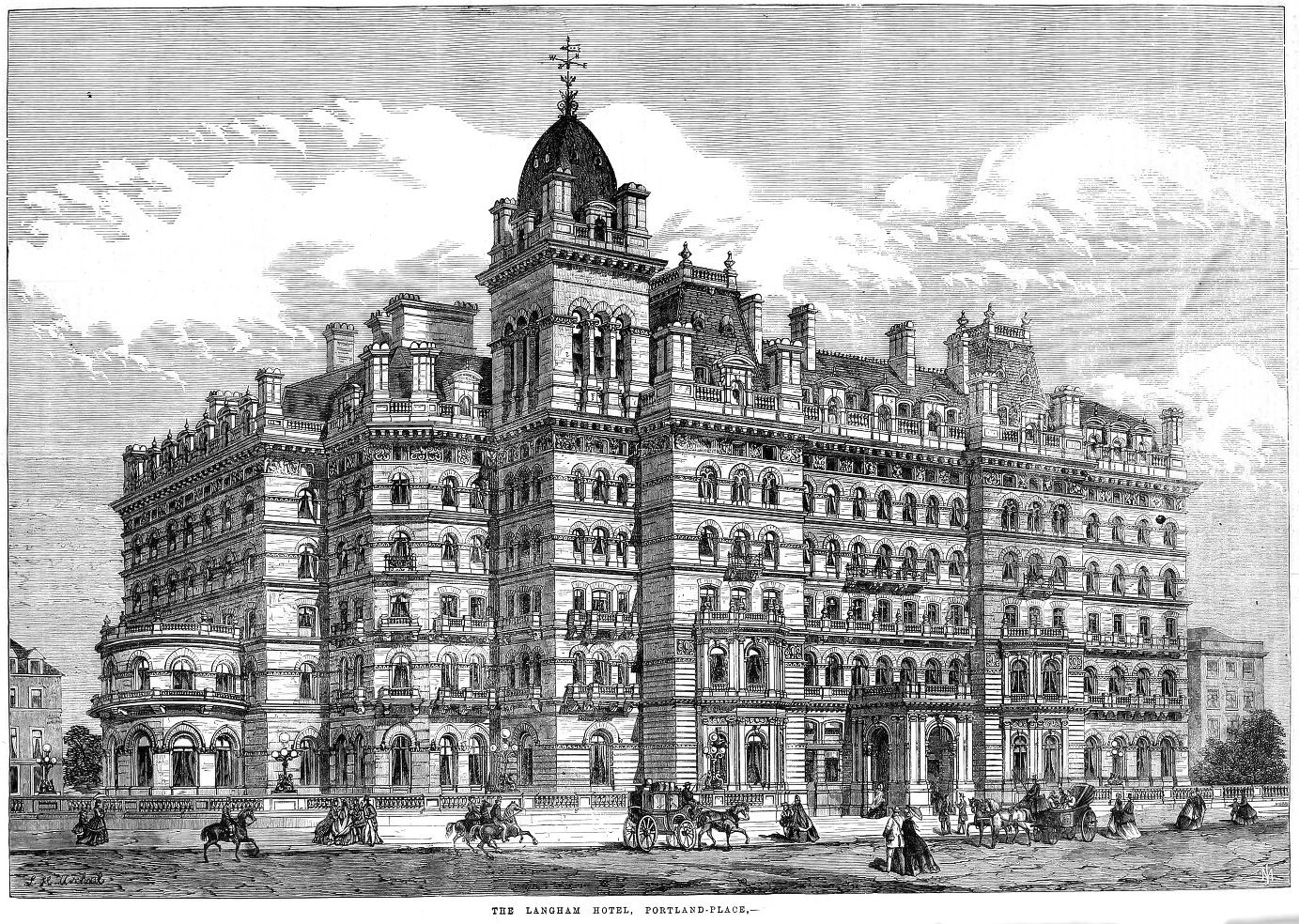 In 2014, an interesting (and funny) story hit the papers. It seems England’s ECB (England and Wales Cricket Board) cricket players were convinced that their five-star central London hotel was haunted. Reports from England revealed several players requested to switch rooms and their wives refused to stay at the world-renowned Langham Hotel after players and their families experienced strange noises, lights and water faucets turning on by themselves, and ghostly spirits wandering the hallways of the legendary haunted hotel.

In another incident, an ECB player told Daily Mail UK:

“One night I woke up in the middle of the night, around 1.30am and I was convinced there was a presence in the room. It was the weirdest feeling. I turned the light on and looked online and could see Matt Prior was online, too. I went to his room and he said exactly the same thing! He was wide awake as well. Neither of us could sleep because we were so spooked out.”

The stories would have been side-splitting funny – except guests have been reporting such occurrences in the Langham Hotel for several decades.

London’s 500-room Langham Hotel opened its doors on June 10, 1865, on land where the Foley Mansion (or Foley House) once housed the Foley family, a noble English line which was extinguished after a series of unfortunate deaths. Its opening was historic. It was the first hotel to use elevators (or “rising rooms” as they were called at the time) and featured air conditioning, hot and cold water in every room, and an unprecedented 15,000 yards of Persian tapestry.

During World War II, the hotel was used in part by the English army during which time it suffered damage (and deaths) during German’s relentless bombing campaigns. The British Broadcasting Company (BBC) purchased the hotel from The Langham Hotel Company in 1965 and the lavish BBC Club operated inside for many years (BBC studios are still located across the street to this day).

In 1986, the old hotel was sold again and after a $1.5 million dollar restoration, was reopened on March 4, 1991. During its long and storied history, the hotel’s grandiose features attracted innumerable members of royalty, political and cultural dignitaries, and celebrities including Sir Arthur Conan, Oscar Wilde, Mark Twain, and Napoleon III. The hotel’s storied past also attracts visitors of another kind. There are at least five ghosts that make regular appearances at the hotel.

The many Langham Hotel Ghosts

The spirit of the silver-haired doctor

The reports of ghosts and spooky spirits began in the 1960’s, after BBC moved into the building. One of the BBC dormitory areas was said to be frequented by a gray-haired, glaze-eyed Victorian gentlemen dressed in a black cloak. It is believed he is the spirit of a doctor who was rumored to have brutally murdered his new bride before committing suicide in his hotel room.

In the old BBC reference library, previously the hotel’s extravagant ballroom, many visitors have reported feeling a cold presence accompanied by an apparition dressed as a footman from the 18th Century. It is believed the phantom is the ghost of a servant from the days when the Foley Mansion stood on the site.

One of the most frequently sighted ghosts is a spirit known as the German Soldier.  BBC announcer Ray Moore witnessed the spirit, described as a “large Germanic-looking man”. The spirit wore a military-style jacket that buttoned up to the neck and stood silently staring out a fourth-floor window.

This ghost is believed to be the spirit of a German Prince who jumped to his death from the window just prior to the outbreak of World War I. The “German soldier” is often seen moving through walls and closed doors (often accompanied by a sudden drop in temperature) in the early morning hours.

The ghost of Napoleon III in the basement

The “German soldier” is not the only military-themed ghost haunting the grounds. It has long been believed that Napoleon III haunts the basement of the hotel.

“In 1973 a BBC Radio announcer, Alexander Gordon awoke suddenly in the night to see a fluorescent ball which slowly took on the shape of a man wearing Victorian evening wear. The announcer asked the ghost what it wanted, and it began to float towards him, with its legs cut off some two feet below the ground, arms outstretched, eyes staring emptily. At this point the announcer got up and fled.”

A colleague accompanied the frightened announcer back into the room and also witnessed the ghostly apparition.  According to the man, as they entered the room, the ghost was leaning over the bed where Gordon had been sleeping before “slowly fading away” into nothing. As for the ghost having the appearance of his legs cut off some two feet below the ground – it has been noted that many decades ago the floors of the hotel were raised two feet to allow the installation of central heating pipes.

If you’re brave, Room 333 is available for rent.  When asked about the popularity of Room 333, a desk clerk told the Huffington Post:

“Actually, most people try to avoid it. Sometimes we have to put people there, but they’re the ones who don’t know about the stories. Me, I wouldn’t even step foot on the third floor.”

The ghost that enjoys tipping beds

One of the most talked about ghosts in the Langham Hotel is a fun-loving spirit who gets his jollies from tipping hotel guests out of their beds. Since the days the BBC occupied the grand hotel, terrified guests have reported awakening to a violently bouncing bed. In 2003, the bed was shaken with such enthusiasm that the occupant fled the hotel in the middle of the night, refusing to step foot back on the property.

A modern-day visit to London’s haunted Langham Hotel? Count me in!

Just a few minutes from the City of London, the five-star Langham Hotel is located in London’s West End (1C Portland Pl, Westminster, London).  Visitors are encouraged to inform hotel management of your interest in the paranormal (they have special packages for ghost hunters).