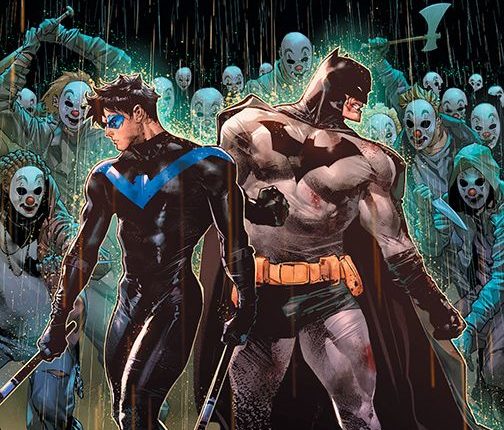 It’s been a long hard road for Dick Grayson, the first Robin in the Batman saga. In Nightwing #71, he’s beginning to remember his old life after being shot in the head by KGBeast. Now we hear that Robin and Batman will reunite in DC Comics Batman #99 and what better way to reunite than to rage against their nemesis Joker in the “Joker War” storyline.

It’s looking like the fun will begin in issue #98 when Batman teams up with Harley Quinn after taking a doze of Joker’s newest toxin. Batman #98 will hit shelves on September 1, 2020. #99 will follow on September 15.