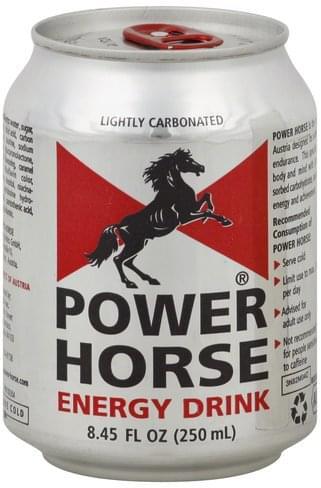 They can contain as much as four times the amount of caffeine as would be found in a cup of coffee and contain other chic ingredients such as ephedrine, taurine, ginseng, guarana, creatine, ginkgo biloba, and inositol.  And as their name implies, “energy drinks” promise to give you an extra dose of energy. With no regulatory control, their popularity exploded in the early 2000’s and were especially trendy with minors and young adults.

Energy drinks cause chemical changes in the brain which give the user the perception that they have more energy.  Studies have demonstrated users of the energy drink experience improvements in mental and cognitive performance and are more alert. Science clearly shows they do indeed work.

History of energy drinks – Lipovitan, Jolt, Red Bull, and beyond

In Japan, the energy drink dates at least as far back as 1962, with the release of the Lipovitan D drink.  The Lipovitan D energy drink was developed to provide Japanese employees the ability work overnight shifts without getting tired.

Other Japanese companies entered the market after Lipovitan D proved to be a success.  Unlike in the United States, in Japan, most energy drinks do not resemble soft drinks, but rather, are sold in small brown medicinal bottles.

In 1985, the first energy drink, Jolt Cola, was introduced in the United States.  Jolt Cola’s marketing strategy centered on the drink’s caffeine and sugar content, billing it as a means to promote wakefulness.  The initial slogan was, “All the sugar and twice the caffeine.”  Jolt Cola quickly became a staple on college campuses.

In Europe, energy drinks were pioneered by the S. Spitz Company with their Power Horse energy drink.  Shortly thereafter, Dietrich Mateschitz, an Austrian entrepreneur, introduced the Red Bull product.  It quickly caught on and became a worldwide best seller.

Mateschitz developed Red Bull based on the Thai drink, Krating Daeng, which itself was based on Lipovitan D.  Many clubs on the American West Coast caught wind of the Red Bull phenomenon and began importing it to sell as a cocktail mixer.  In 2010, Red Bull was the dominant brand in the US with a market share of approximately 47%.

By the year 2001, the US energy drink market had grown to nearly 8 million per year in retail sales.  Over the next 5 years, it grew an average of over 50% per year, totaling over $3 billion in 2005 (diet energy drinks grew at nearly twice that rate).  The energy drink market became a $5.4 billion dollar market in 2007, and both Goldman Sachs and Mintel predicted that it would hit $10 billion by 2011.  Major companies’ such as Pepsi, Coca-Cola, Molson, and Labatt have tried to match smaller companies’ innovative and different approach, with marginal success.

Energy drinks are typically consumed by young adults.  Approximately 65% percent of its drinkers are between the ages of 13 and 35 years old, with males being approximately 65% of the market.  A 2008 statewide Patient Poll conducted by the Pennsylvania Medical Society’s Institute for Good Medicine found that 20 percent of respondents ages 21 through 30 had used energy drinks in high school or college to stay awake longer to study or write a paper and 70 percent of respondents knew someone who had used an energy drink to stay awake longer to study or work.  Energy drinks are also popular as drink mixers.

Energy drinks are supposed to do just what the name implies — give you an extra burst of energy.  As it turns out, most of that “energy” comes from two main ingredients: sugar and caffeine.  A typical energy drink can contain up to 80 milligrams of caffeine (about the same amount as a cup of coffee).  By comparison, a 2006 study found that the average 12-ounce soda contains 18 to 48 mg of caffeine.

Caffeine works by blocking the effects of adenosine, a chemical in the brain that helps the body enter the sleep state.  When caffeine blocks adenosine, it causes neurons in the brain to fire.  Thinking the body is in an emergency, the pituitary gland initiates the body’s “fight or flight” response by releasing adrenaline.  This hormone makes the heart beat faster and the eyes dilate.  It also causes the liver to release extra sugar into the bloodstream for energy.  All of these physical responses make you feel as though you have more energy.

Here are some of the ingredients you may find in popular energy drinks and what they do in the body:

Ephedrine – A stimulant that works on the central nervous system.  It is a common ingredient in weight-loss products and decongestants, but there have been concerns about its effects on the heart.

Taurine – A natural amino acid produced by the body that helps regulate heart beat and muscle contractions.  Many health experts aren’t sure what effect it has as a drink additive.

Ginseng – A root believed by some to have several medicinal properties, including reducing stress and boosting energy levels.

B-vitamins – A group of vitamins that can convert sugar to energy and improve muscle tone.

Guarana seed – A stimulant that comes from a small shrub native to Venezuela and Brazil.

Carnitine – An amino acid that plays a role in fatty acid metabolism.

Inositol – A member of the vitamin B complex (not a vitamin itself, because the human body can synthesize it) that helps relay messages within cells in the body.

Ginkgo biloba – Made from the seeds of the ginkgo biloba tree, thought to enhance memory.

The dangers of energy drinks

The dangers in the use of energy drinks fall into several categories. First, they initially were not regulated.  Sales to underage customers were permitted without regard to the dangerous effects the ingredients, or more importantly, the combination of many stimulant ingredients, can have on the body of a young child.

Secondly, the interaction of energy drinks with other chemicals or ingredients was not well known when they were first introduced.  The various ingredients, and more importantly, the combination of the various ingredients, were not well studied when first introduced.  The effects of the combination of various ingredients can be dangerous to the user.  In November of 2010, the University of Texas Medical School at Houston reported that energy drinks contain more caffeine than a strong cup of coffee, and that the caffeine combined with other ingredients (sometimes not reported correctly on the product labels) such as guarana, amino acid taurine, other herbs, vitamins, and minerals may interact.

In addition, even where the amount of caffeine in the drink is regulated, other ingredients, such as guarana, contain additional caffeine meaning the total amount of caffeine introduced into the body can be far greater than the product label indicates.  Excess consumption can lead to mild euphoria, agitation, anxiety, abnormal heart rhythms, irritability, insomnia, higher blood pressure, and cardiac arrest.

Energy drinks such as Red Bull are often used as mixers with alcoholic beverages producing mixed drinks such as Vodka Red Bull which are similar to but stronger than rum and coke with respect to the amount of caffeine they contain.  They are also sold in a wide variety of formulations such as Four Loko and Joose which combine caffeine and alcohol.  The dangers of this mixture are particularly troublesome.  The mixture of alcohol and caffeine allows the user to become a drunk without even knowing it.

Most energy drinks do not contain electrolytes.  Caffeine in energy drinks causes excretion of water which leads to dehydration. Dehydration decreases the performance of the body and as such, neutralizes the energy producing effect of the energy drink.

In short, although the chance of death from drinking an energy drink is low, they are not healthy.

Regulation of energy drinks started during the mid-2000’s.  The popular energy drink, Red Bull, was banned in France in 2004 after an eighteen-year-old athlete died as a result of playing a basketball game after consuming four cans of the drink.  Denmark and Norway also banned the drink.  In other areas of the world, drinks were not banned but rather, cautions were introduced and restrictions on the sale of energy drinks to minors were regulated.