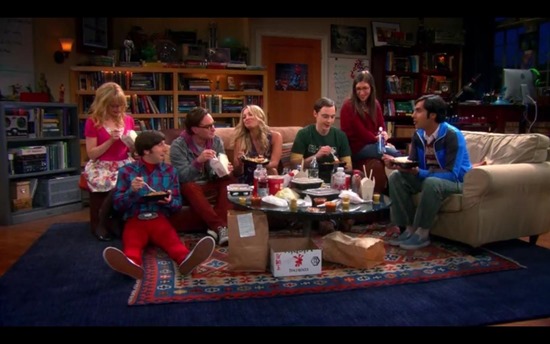 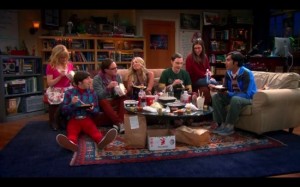 The Big Bang Theory television show is centered on five characters living in Pasadena, California and includes roommates Leonard Hofstadter and Sheldon Cooper; Penny, a waitress and aspiring actress who lives across the hall; and Leonard and Sheldon’s equally geeky and socially awkward friends and co-workers, mechanical engineer Howard Wolowitz and astrophysicist Raj Koothrappali.  The geekiness and intellect of the four guys is contrasted for comic effect against Penny’s social skills and common sense.  At the beginning of each episode, the theme song plays amid a series of fast-paced images that appear to tell the story of the universe.  Here’s a breakdown of what happens during Big Bang Theory intro.

The Canadian alternative rock band Barenaked Ladies wrote and recorded the show’s theme song, which describes the history and formation of the universe and the Earth.  Ed Robertson, lead singer and guitarist in the band, was asked by Lorre and Prady to write a theme song for the show after the producers attended one of the band’s concerts in Los Angeles.  By coincidence, Robertson had recently read Simon Singh’s book, Big Bang, and at the concert, he improvised a freestyle rap about the origins of the universe.  Lorre and Prady phoned Robertson shortly thereafter and asked him to write the theme song.

Here are the complete lyrics for The Big Bang Theory theme song, The History of Everything, as sung by the Barenaked Ladies.

Our whole universe was in a hot dense state, Then nearly fourteen billion years ago expansion started. Wait… The Earth began to cool, The autotrophs began to drool, Neanderthals developed tools, We built a wall (we built the pyramids), Math, science, history, unraveling the mysteries, That all started with the big bang!  BANG!

“Since the dawn of man” is really not that long, As every galaxy was formed in less time than it takes to sing this song. A fraction of a second and the elements were made. The bipeds stood up straight, The dinosaurs all met their fate, They tried to leap but they were late And they all died (they froze their asses off),

The oceans and Pangea See ya wouldn’t wanna be ya Set in motion by the same big bang!   It all started with the big BANG!

It’s expanding ever outward but one day it will pause and start to go the other way, Collapsing ever inward, we won’t be here, it won’t be heard Our best and brightest figure that it’ll make an even bigger bang!

Australopithecus would really have been sick of us Debating how we’re here, they’re catching deer (we’re catching viruses) Religion or astronomy (Descartes or Deuteronomy) It all started with the big bang!

About the photography used in the Big Bang Theory intro

109 (variously counted as 110) individual images, in an accelerating flashing pattern, are shown in the intro.  Together they provide a “history of the universe”.  Most of the images were obtained from stock photography (Jupiter and Getty Images being their primary source) and flipped or rotated to create the final picture.  Many of the first images in the opening sequence were originally color images that the creators monochromated to create “older-looking” pictures. The first mitosis frame is a good example.  Here’s the original colorized mitosis frame as sold by Jupiter Images. 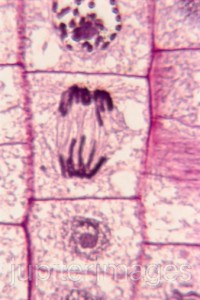 Here’s the modified black and white version that has been rotated to produce the final image. 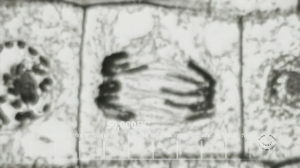 Here is another example, the lava or volcano frame.  Here you see the original picture, in color, on the cover of a book. 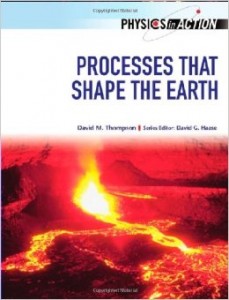 Here is the same image after it has been artistically manipulated by artists for the Big Bang Theory opening sequence. 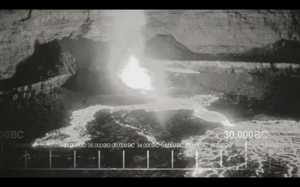 The opening sequence in slow-motion

Individual frames in the intro at normal speed are especially hard to discern.  Here is The Big Band Theory opening sequence (including the sound track) at normal speed.

Here is the opening sequence, without sound, in slow motion.  As you can see, the individual frames, even in slow-motion, are still pretty difficult to discern.

All 109 individual frames of The Big Bang Theory opening sequence

You may notice that many of the images are historically (timewise) out of order.  This was likely done for artistic reasons but as such, the Big Bang Theory opening sequence cannot be taken as an accurate portrayal of the modern-day universe’s historical timeline.

Also, for some of the images, although we may know what they depict, we have been unable to determine the exact origin of the particular photograph. For example, we may know that one frame in the intro is a carving of the Dancing Shiva but do not know which carving has been pictured in the opening sequence.  If you happen to know the origin of some of the “unknowns”, feel free to share your findings in the Comments section below.

Click an image to start the slideshow with explanations for each frame in the video.